Is Hospitality Ready for the Army of Robots Coming to a Hotel Near You?

Home/Is Hospitality Ready for the Army of Robots Coming to a Hotel Near You?

Is Hospitality Ready for the Army of Robots Coming to a Hotel Near You? 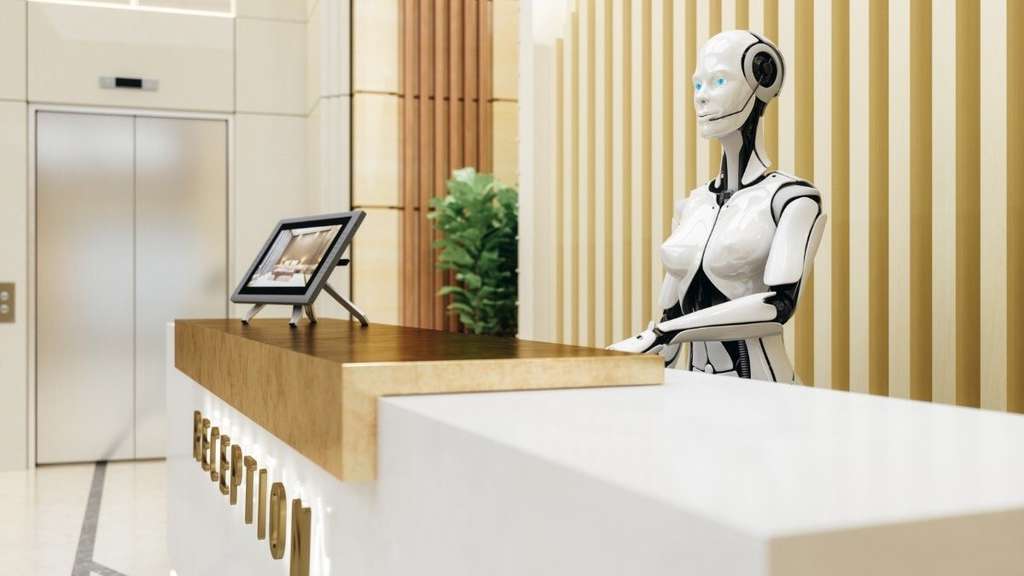 By 2025, over 85 million existing jobs will be lost due to the seismic shift toward robotization and automation, according to estimates in the “Future of Jobs Report 2020” published by the World Economic Forum. Dangerous, mundane and repetitive jobs performed by manual laborers, unskilled and low skilled workers, assembly and factory workers will be affected the hardest.

This same report estimates that some 97 million new roles – the “jobs of tomorrow” – will emerge over the next decade, jobs that are more in tune with this new division of labor between humans, machines and algorithms. These are jobs like data analysts, AI learning specialists, digital transformation specialists, software and applications developers, robotization strategists, robotics technologists, robot training and maintenance specialists, etc.

McKinsey & Company claims that the current COVID-19 crisis has accelerated the digitization of customer interactions around the globe by three years.

Whether we like it or not: robotization and automation are coming even to our technology-averse hospitality industry. Robots already are being used at thousands of hotels worldwide and will continue to replace greater numbers of hospitality employees in performing dangerous, repetitive and mundane jobs like housekeepers, porters and baggage handlers, concierges, security guards, line cooks, room service, bar tenders, waiters, etc.

Next gen technologies like AI, robotics, automation, mobility and IoT are called upon to solve a number of issues in our industry:

Labor costs constitute 36%-50% of hotel operational costs, based on hotel category, and in these times of low travel demand, low occupancies and catastrophic RevPARs, robotization and automation are becoming increasingly appealing to hotel owners and operators.

Here are just a few examples of successful robotics and automation deployments in hospitality:

I believe at this time there are three main impediments to fast robotization of our industry: a) reluctance to invest in new technologies by real-estate minded owners and operators, b) lack of understanding and fear of new technology: “Who will deal with it? I don’t have trained staff to deal with it. It makes operations very complex”, etc., and c) The labor unions in major metropolitan areas with highly-unionized hospitality labor force are dead set against any robotization and automation or any technology advancement that can reduce the number of paying members.

In my view, none of the above can stop the rapid advancements in the adoption of robotics and automation in our industry, in the same manner as the Luddite movement in early 19th century England could not stop the Industrial Revolution.

Many owners and operators still have the mindset that hospitality is a real estate industry. Some hoteliers would prioritize changing the carpet in the lobby over installing IoT devices in the guest rooms or implementing mobile check-in.

Whether we like it or not, hospitality is fast becoming a tech industry now. The digital transformation is already changing the industry and the current crisis will only accelerate it. The main reason is the emergence of today’s tech-savvy customer who expects to find at hotels the same or better technology advancements they already enjoy at home. Robotics, AI, mobility, IoT devices and contactless check-in tech are being adopted across the industry at a very fast clip.

Will technology ever replace all humans in hospitality? Next gen technology will undoubtedly replace mundane, repetitive and dangerous jobs in hospitality. But technology will not be replacing anytime soon highly qualified hospitality jobs requiring people skills, warm customer service, quick, out of the box decision making and handling of customer and operational issues. In the same manner as robot line cooks would never be able to replace a celebrity chef, automation and robotics will not be replacing highly skilled customer service personnel, seasoned hotel managers, revenue managers, IT managers, CRM and marketing experts, sales managers, as well as hospitality jobs of tomorrow such as digital transformation strategists, automation specialists, robotization technologists, data analysts, robot trainers and maintenance specialists, etc.

The robotization and automation of our industry is inevitable. I believe that within the next 10 years many hotels will operate at half the pre-coronavirus staff level and we will be seeing more and more examples of semi and fully automated hotels. The savings from labor costs and technology-derived new efficiencies will be more than sufficient to pay for the next-gen technology required for the hotel robotization and automation.

Click here to view the original version of this release.

Hotelier’s Last Untapped Potential for Profitability in 2022: Improving Website Conversions
Service Robots and AI: What Impact on the Future of Hospitality
6 Main Ethical Concerns of Service Robots and Human Interaction
Could Robots Breathe New “Life” Into the Tourism Industry?
Robotics Operation in Travel and Tourism Industry Set to Grow
How Can Your Property Emerge as a Winner In 2021?
Hospitality Professionals Balance Robots and Human Touch for Post-COVID-19 Era
Hospitality Digital Technology: Challenges, Priorities and Buzzwords
The Mobile-First World Creates Tremendous Revenue Potential for Hoteliers
Another Move by the OTAs That Is Harmful to Hotel Profitability – What You Need to Know
Why Offering Local Tours and Activities Is a Huge Revenue Opportunity for Hotels
How Hotel Managers Can Generate Profits Above and Beyond Owner’s Expectations
Debunking the Impact of Blockchain on Hotel Distribution
Coming Soon to Your Hotel: The Integrated Revenue Generation Team
The Growing Use of Technology and Robotics in Food Service
Amazon’s Influence on Online Travel Agencies
Winning the Direct Booking: Combat the Effect of Airbnb on Your Hotel’s Bottom Line
Hotel Website Conversion Rates: Key Tactics for Improvement in 2018
A Top Priority in 2018: 7 Steps to Achieve Hotel Website Accessibility and ADA Compliance
Hotelier’s Action Plan to Maximize Revenues from the Google Ecosystem