NEW ORLEANS – December 5, 2016 – HRI Properties, LLC (HRI) and investment firm Rockbridge announced today through a joint venture, the acquisition of the Country Inn & Suites New Orleans French Quarter, located at 315 Magazine Street, near the city’s central business district. The joint venture, the first between the firms, will be led by Rockbridge. HRI Lodging, LLC (HRIL), a subsidiary of HRI, will manage the 155-room hotel which will undergo major renovations and repositioning beginning second quarter of 2017 and will be completed by late 2017.

“We have an opportunity to create a unique and special property in a first-rate location,” said Rockbridge CEO Jim Merkel. “The building’s rich history and distinctive architecture will enable us to develop one of the best hotels in New Orleans.”

Nearby attractions in downtown New Orleans include the city’s best dining, theaters, museums, sports and entertainment venues. Highlights include Bourbon Street, the Mercedes Benz Superdome, Smoothie King Arena, National WWII Museum, Shops at Canal Place and Audubon Aquarium of Americas. Centrally located in the business district, the hotel is three blocks from Canal Street and steps away from the many companies located in the city, including the One Shell Square located two blocks away.

“New Orleans has been a vital part of HRI’s growth story for years and we look forward to expanding our presence in one of the top-tier markets in the country,” said Gary Gutierrez, HRIL President and HRI COO. “The hotel’s historic structure and prime location, gives us the opportunity to create a unique, quintessential New Orleans hotel for future travelers to experience.”

“We are thrilled to partner with HRI who brings a wealth of New Orleans experience,” added Merkel. 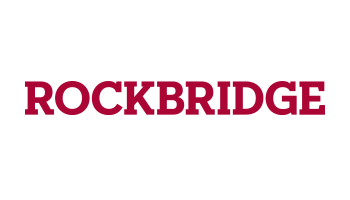 Rockbridge is an investment firm with nearly two decades of experience investing in real estate and operating companies. It has made more than 200 hotel investments in 38 states in transactions worth more than $5 billion. Through its deep in-house experience and strong foundation of industry relationships, Rockbridge has delivered a track record of high absolute returns across multiple cycles and is a leading investor in hospitality.   ?

HRI Properties is a diversified, national real estate company engaged in the ownership, development and management of upscale branded and independent hotels, luxury apartments and mixed-use properties in the top 40 urban markets. Through its subsidiaries, HRI has completed 77 large-scale projects for a total funding value of over $2.5 billion which include 5,226 apartment units, 4,725 hotel rooms, and more than 1.4 million square feet of office and retail space.

HRI Lodging, LLC. (HRIL) is one of the 50 largest hotel management companies in the U.S. with a current portfolio of 27 hotels and resorts spanning the continental U.S. By building alliances with major domestic and international investment firms, the organization pursues a dual mode growth strategy of managing independent, boutique properties as well as partnering with industry leading brands, including Starwood, Marriott, Hilton and Hyatt. HRI Lodging is the hotel management division of New Orleans-based HRI Properties, a full-service real estate development company and a national leader in the adaptive reuse of historic structures.