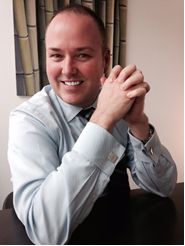 Austin, Texas – February 17, 2016 – Hotel Van Zandt, a Kimpton Hotel which opened in November 2015 has appointed Chuck Moses as the property’s Director of Sales and Marketing. Moses, an Austin resident for over seven years will be responsible for planning and implementing sales, marketing and product development programs targeted towards existing and new markets in concert with the hotel’s General Manager, Joe Pagone.

A highly accomplished lodging sales director, Moses joins Hotel Van Zandt from the Omni Austin Hotel Downtown where he had served as Sales Director. During his time at the Omni, he helped develop many of the property’s key programs and was instrumental in increasing the revenue for the hotel during important city-wide events such as Formula One and SXSW. Moses’ knowledge of the rapidly evolving downtown Austin hotel landscape as well as his lighthearted personality will help position Hotel Van Zandt amongst their target market as Austin continues to garner an increased presence in the national spotlight.

Moses has also held notable roles at the Hilton Palacio del Rio in San Antonio Texas (from 2002 to 2007) as Associate Director of Sales. During his time there he exceeded sales goals many times over and was a key figure in planning and directly implementing team motivation and performance measures. After leaving San Antonio he joined the Hilton Austin as Assistant Director, Sales where he continued to achieve sterling results and boosting revenue for the hotel during his tenure from 2007 to 2013.

Moses began his career at USAA, a Fortune 500 diversified financial services group. During his time there he was promoted several times, ultimately rising to the rank of Project Manager for their San Antonio office.

For his numerous achievements, Moses has received a many awards, including being named Omni Austin Hotel Downtown’s Manager of the Year in 2014 and a Hilton Circle of Excellence Individual Recipient in 2002 and 2005.

Hotel Van Zandt is a true Texas charmer that's a refined riff on Austin's world-famous music scene and will offer-up signature happenings and exclusive hideouts geared especially for cultural tastemakers and world explorers. Hotel Van Zandt offers 319 rooms and 41 suites and 12,000 square feet of contemporary event and meeting space that can accommodate up to 500 people. Hotel Van Zandt’s designer, Mark Zeff, intends to capture the essence of local culture and fuse it with Texas’ great history of elegance and gentry using high-quality materials, while evoking the edginess of Austin with pristine and sophisticated tones throughout.

Austin is all about warm people, good times and live music and Hotel Van Zandt’s close proximity to Rainey Street and downtown makes for a cool and comfortable gateway to the best experiences in the city. As a Kimpton hotel, there will be plenty of innovative experiences catered to guests that set this hotel apart such as Geraldine’s, the fourth floor restaurant and bar where guests can enjoy authentic tastes of Austin and live entertainment on the hotel’s very own terrace and sound stage.