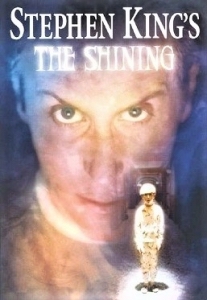 I read his book, “The Shining,” while working that first winter in the bar at the Algonquin Hotel, in St. Andrews N.B., Canada which is my hometown. The book captivated my imagination about all things supernatural and the hotel. I can say that I had more than one conversation with my Lloyd on some of those lonely nights tending the bar in a hotel that was closed. The bar was the only thing open in the hotel – with me in charge Thursday to Saturday nights that winter. It was lots of fun!

Mr. King lived just down the road so to speak from my hometown and it was and maybe still is popular folklore that he wrote “The Shining” based on the Algonquin, which overlooks my town. “The Shining” features a fictitious hotel named the “Overlook” which is really the Stanley Hotel in Estes Park, Colo., USA. But to heck with that, to me and some of my townie friends, the Algonquin is the real character in his novel.

I have been a reasonably big fan of Mr. King’s writing and I have probably read five-six of his books. But it wasn’t until I read the Cole’s Notes version of his book, “On Writing,” that something clicked big time for me. Something akin to an epiphany if that’s possible for a closet Maritime Neanderthal like me. I’ll use a quote from his book to express what I mean and then I’ll explain my take on this.

“Writing isn’t about making money, getting famous, getting dates, getting laid, or making friends. In the end, it’s about enriching the lives of those who will read your work, and enriching your own life, as well. It’s about getting up, getting well, and getting over. Getting happy, okay? Getting happy. Some of this book—perhaps too much—has been about how I learned to do it. Much of it has been about how you can do it better. The rest of it—and perhaps the best of it—is a permission slip: you can, you should, and if you’re brave enough to start, you will. Writing is magic, as much the water of life as any other creative art. The water is free. So, drink.

Drink and be filled up.” ~ Stephen King from On Writing

For me, the penny dropped so to speak midway through 2016. I was a full three years into a bumbling coaching career and things were not very prosperous. I was kinda desperate and more than anything I didn’t want to fail. I didn’t want to disappoint anyone. The truth is Johanne was keeping the lights on with her consulting business. Things just weren’t going to be OK if I didn’t figure this business out. I had tried just about everything in the past 1,000 days, but nothing was really working.

I signed up that year for another “coaching program” led by a lovely lady by the name of Debbie Allen, not the actress or the dancer. This Debbie is the Expert of Experts and her program promised traction and a path forward as they all do. One of the key things her program called for was me writing a “seven secrets” guidebook on what my niche was about.

I can vividly remember sitting on my lawn chair one afternoon in the Panhandle, dog at my side, beer in hand, writing my first anything. I mean, I had to put the monthly management commentary together many times at my day job before, but that was not me. I was now writing about what I thought. I can also remember feeling like, Who the hell am I to make these claims and statements, who will people think I think am.

But I was hooked. It was exactly what I needed to feel. To push myself to speak my thoughts, my truth. I knew I had something to say, something to prove to myself. I knew from my experience of creating the financial leadership workshop several years before that my industry was missing something really big. Was I going to be the one to claim that place?

From that afternoon a habit developed. Writing most mornings before I did anything else. Coffee in hand, in the quiet of the morning, before anyone is up, I write. Some of it is good, most of it isn’t. But the more I wrote the more ideas about what to write came to me.

Reading “On Writing” really grabbed me. It comes full circle. I know that I will write for the rest of my life. As I write this piece, my publisher, Mr. Reinventing Yourself, and his staff are busy editing my first book. He will publish it later this year. Thank you, Mr. King.

Reducing Friction Makes You Money
The Do’s and Don’ts of Selecting the Right Hotel Technology Partner in 2021
Hospitality Technology and Forced Migrations: A Bad Break-Up Story
HSMAI Perspective: Problems With the Pipeline
How to Upsell 101: Too Much Choice Can Lead to No Choice
Enliven Offerings With Social Media, Luxury Hotels Urged
Hospitality Financial Leadership: Moving Part 2
The ER Strategy 2.0: Small Improvements Add Up
Heart of a Lion: The Harsh Reality of Entrepreneurship
Is Your Hotel Barking Up the Right Tree?
Podcast: Why Every Hotel Leader Needs to be a Financial Leader
HEADTRASH: The Leading Killer of Human Potential
Stay or Leave? Internship Stress and Coping Strategies in the Hotel Industry
New Paper From WTTC Shows Importance of Travel & Tourism in Driving Global Economy and Enhancing Social Progress
The Show Starts When the Phone Rings
In Employee Compensation, You Get What You Pay For
Key West Most Expensive U.S. Destination for Presidents Day
Changing Rules for a Changing World: Why Doing Good Is Now Very Good for Business
Is Togetherness the Next Destination for Travel?
Hotel Sales for Today’s Remote Buyers Requires More Than “Steps,” “Funnels,” “Wow,” and FAB Phrases