The aLoft Savannah Airport was purchased by The Montford Group and Opterra Capital, and the aLoft and Fairfield Inn & Suites Savannah Historic District by Mission Hill and KSL Capital Partners. The individual amounts of each sale are publicly undisclosed; however, the total volume of the sales was approximately 100 Million dollars. The total key count between the 3 assets was over 400 rooms. All three of the assets were developed by HOS and Hawkeye 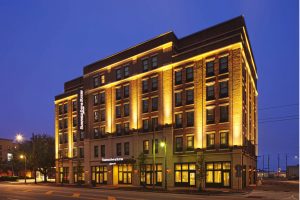 Hotels in the last 24 months.

Combined, Hawkeye Hotels and HOS Management have over 40 hotel projects in the pipeline, with over a dozen projects starting construction this year. The developers have been actively buying and selling multiple assets in addition to developing new hotels. Hawkeye Hotels was recently awarded Developer of the Year by Marriott International for the third consecutive year.

“Our top priorities in the next 18-24 months are to continue to actively pursue accretive acquisitions, while strategically disposing of assets,” said Parth Patel, VP Investments for Hawkeye Hotels.

The Iowa and Georgia-based companies plan to continue executing on their development pipeline despite rising interest rates and construction costs. 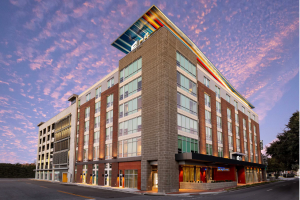 “We look forward to continuing building timeless hospitality assets in the Savannah area to keep up with the increasing demand from leisure and corporate travel that is flowing into our City,” said Kris Patel, President of HOS Management. The Historic District of downtown Savannah is the nation’s largest historic landmark district and a destination for nearly 15 million visitors annually.

“Savannah continues to be top of our list to seek additional development opportunities due to the growth and ample amount of outside commercial investment being made in the last decade,” added Ravi Patel, President of Hawkeye Hotels.

Founded in 1982 with one roadside hotel in Mena, Arkansas, Hawkeye Hotels has become one of the fastest-growing hospitality companies in the United States. Today, the firm owns and operates over 50 hotels across the country. Hawkeye Hotels employs over 2,500 staff across its portfolio of hotels and corporate offices. The firm maintains lasting affiliations with leading brands, including Marriott, Hilton and IHG.

From humble beginnings, brothers Kirit and Anil Patel started with one hotel and built a premier hospitality company grounded in family values and industry excellence. Today, HOS is a second-generation hospitality and development group with over 30 years of industry experience managing a diverse collection of iconic hotel brands, including Hilton, Choice, IHG and Marriott, throughout the Southeast region.

The hotels are located in the Historic District at the crossroads of Martin Luther King Jr. Boulevard and West Oglethorpe Avenue, less than a 10-minute walk from the Riverfront. The Historic District’s highly walkable community is packed with leisure amenities for visitors including restaurants, museums, public squares, and historic destinations. Savannah is filled with 22 public parks and squares placed in a grid throughout the Historic District. The hotels are just a seven-minute walk from the Savannah City Market and less than a mile from the Plant Riverside Entertainment District, the iconic Forsyth Park, and the Georgia State Railroad Museum.

Savannah has seen more than $4 billion of commercial investment in the last decade, nearly half of which has been invested since 2018, including the $1 billion Savannah Port Expansion, the $375 million Plant Riverside Entertainment District, the 58-acre, $600 million Eastern Wharf development, and the $270 million expansion of the Savannah Convention Center, which is projected to be completed in 2023.

Savannah is home to the fourth busiest port in the nation and the Savannah/Hilton Head International Airport is located six miles west of the hotels. The city contains 18 universities and colleges with annual enrollment of approximately 65,000 students, including the Savannah College of Art and Design (SCAD) with a student population of 15,000. The city’s annual events such as the Savannah Film Festival, Savannah Music Festival, and St. Patrick’s Day celebration draws visitors from all over the U.S. Savannah’s appeal as a national leisure destination continues to grow and the city was recently ranked #3, “Top Cities in the U.S.” by Travel + Leisure. 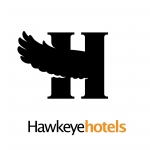 Founded in 1982 with one roadside hotel in Mena, Arkansas, Hawkeye Hotels has become one of the fastest-growing hospitality companies in the United States. Today, the firm owns and operates over 60 hotels across the country, with additional properties under development. Hawkeye Hotels employs over 1,000 staff across its portfolio of hotels and corporate offices. The firm maintains lasting affiliations with leading brands, including Marriott, Hilton and InterContinental Hotels Group (IHG).