Berlin, June 2017 – As of August, Gordon Debus will be taking over management of Hotel de Rome, a Rocco Forte Hotel located on Bebelplatz, Berlin. Sir Rocco is delighted to have recruited the experienced Gordon Debus as Peter Kienast’s successor. Debus is a natural born host with experience in some of the world’s most famous establishments and has a long track record of professional success on the international stage. Born in North Rhein-Westfalia, Debus began his career with an apprenticeship as a chef at the Breidenbacher Hof in Düsseldorf. He has since held positions at Mandarin Oriental in New York, London, Hawaii and finally in Munich, where he acted as Director of Food & Beverage. Keeping this title, he started at the Ritz Carlton inWolfsburg, where he later advanced to Director of Operations and assumed responsibility for the smooth running of day-to-day operations. Most recently, he has worked as the hotel manager of the A-ROSA Sylt since 2011, successfully establishing the resort together with his team of 160 employees. Debus is proud owner of the title “Hotelier Of The Year 2016” awarded by “Der große Restaurant & Hotel Guide.”

Regarding his new challenge in Berlin, Gordon Debus says, “I am very pleased to have the chance to manage this magnificent hotel with such an outstanding market position, and I am looking forward to working with the Rocco Forte Hotels team to build on its existing successes. In my opinion, Hotel de Rome has an exceptional position as one of Germany’s most beautiful hotels and I consider it an honour to take over management on August 1st 2017.”

Alongside the administration of day-to-day operations, Gordon Debus’ role as hotel manager will see him assume responsibility for the strategic orientation of the Hotel de Rome and its 145 rooms and suites, an establishment distinguished by the LA BANCA restaurant & bar, the historic ballroom, the five conference rooms, the rooftop terrace & lounge with a view of Berlin as well as the De Rome spa located in the former jewel vault of the bank, to name but some of its highlights.

Hotel de Rome is located on Bebelplatz, right in the heart of Berlin. An outstanding location, the Opera House lies to one side and the former Royal Library to the other, both visible from the hotel Roof Terrace. Designed by Tommaso Ziffer, the 145-bedroom property was once the headquarters of a major bank.  The spaces have been converted to include a light-filled Ballroom that was the former cashier’s hall, and the Spa de Rome with a state-of-the-art gym, sauna, steam room and magnificent 20 metre swimming pool located in the bank’s old jewel vault. There are also six conference rooms for meetings and events. www.hotelderome.com 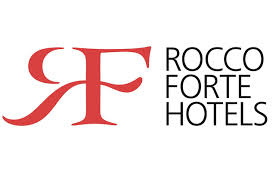 Established by Sir Rocco Forte and sister, Olga Polizzi in 1996, Rocco Forte Hotels is a collection of 11 individual hotels and resorts. All of the hotels are landmarks, both old and new, occupying magnificent buildings in exceptional locations. Led by a family who has been in hospitality for four generations, the hotels are united by their distinctive approach to service ensuring guests experience the best of the cities and surrounding areas.

How France’s Hotels Are Rethinking Style and Space
How Luxury Hotels Can Co-Design for Suite Success
What Are the Top Hotel Designs for 2019?
Rocco Forte Hotels Appoints Peter Kienast General Manager of Hotel de Rome, Berlin