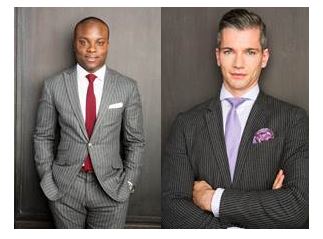 As respected professionals in the hospitality industry, Akinsete and Daley will bring exceptional leadership and great skill and knowledge to each property, allowing the Dream brand to continue delivering unprecedented service and programing to guests.

“We pride ourselves on promoting strong leaders within our hotel family,” said Michael Lindenbaum, vice president of operations at Hampshire Hotels Management. “Ayo and Dan are gifted managers in the luxury hospitality industry and we look forward to maximizing their knowledge as we grow the Dream Hotels brand.”

Previously the general manager of Dream Downtown, Akinsete will bring powerful leadership, invaluable hotel operations know-how and the Dream culture to the company’s new property in Los Angeles. As the general manager overseeing the debut of the brand’s first West Coast property set to open early next year, he will be paramount in supporting the day-to-day management of hotel operations.

Akinsete holds an impressive track record for success, a skill set he intends to bring to his new position at Dream Hollywood. Overseeing $70 million in hotel operations at the 315-room Dream Downtown, Ayo triumphantly improved the property’s ratings and reduced staff turnover by 30 percent within one year.

In addition to his tenure at Dream Downtown, Akinsete held positions at multiple properties. He was operating, supplies and equipment manager and then manager in training at the Gansevoort Park Avenue in New York, as well as hotel manager at SLS Hotel South Beach in Miami, where he received extensive training and honed his management leadership skills.

Akinsete earned a Bachelor of Science degree in hospitality, retail, and sports management from the University of South Carolina in Columbia, S.C.; and a Master of Science in hotel administration from University of Nevada Las Vegas.

A hospitality professional with a track record of operational successes, Daley will serve as general manager of the prominent Dream Downtown, responsible for overseeing all operational and financial aspects of the hotel to promote growth and assure optimum performance. He assumes this role following his shift as director of operations for Hampshire Hotels Management.

Daley began his career in food and beverage working as a manager for Gerber Group’s Stone Rose Lounge, before being promoted to director of nightlife. Following his time at Stone Rose, Dan was appointed general manager of TAO Strategic Group’s LAVO Restaurant and Nightclub. He joined Hampshire Hotels Management in August 2014.

Daley holds a Bachelor of Arts degree with honors in International Affairs from Georgetown University in Washington, D.C.

Dream Hotels are individually curated properties that, together, comprise a unique narrative. The brand is underwritten by a design philosophy that is both surreal and contemporarily chic. Located in the United States and abroad, the design of each property is informed by its locale and taken to Dream status by a pool of world-renowned architects and interior designers. The result is a stay experience well suited to the discerning traveler who seeks comfort in a truly cosmopolitan atmosphere.  To learn more about Dream Hotels, please visit www.dreamhotels.com.

Launched in 2015 by Hampshire Hotels Management, LLC and helmed by industry icon Eric A. Danziger, Début Hotel Group represents a sea change in the hospitality space by making fresh lifestyle experiences available to every traveler and hotel developer. The Hotel Group represents five distinct brands: Augustus Hotels & Resorts, Time Hotels, Dream Hotels, Night Hotels and Unscripted Hotels. Founded on the philosophy that forward-thinking design, service and guest experiences should be available in every market segment, Début Hotel Group is committed to offering travelers an authentic connection to their chosen destination through an out-of-the-box approach. Additional information can be found at www.debuthotelgroup.com.