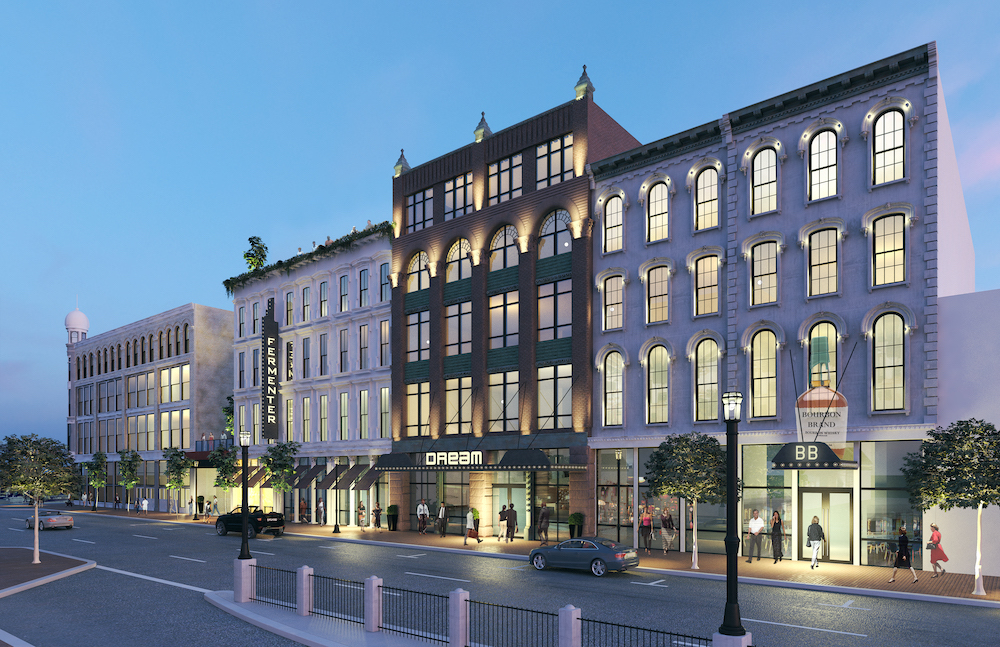 Led by Alex Marks, owner of Royal Investments, LLC, Dream Louisville is the second Dream Hotel location for the developer, following the successful launch of Dream Nashville in 2019.

“The Dream Louisville hotel is an exciting project that will add much needed rooms in our downtown, as Bourbonism continues to bring millions of visitors to our doors each year and drive the rapid growth of our hospitality industry,” said Louisville Mayor Greg Fischer. “Thank you to the partners at Dream Hotel Group and Royal Investments for their vision and commitment to Louisville.”

“This is a great day for the Dream Louisville team. We are thrilled with the results of last night’s committee vote to move forward,” remarked developer Alex Marks. “However, the cost to construct the project must still fit within a budget, and these changes to save more of the buildings substantially added to that cost. We will continue working with the city of Louisville and state of Kentucky on potential incentives to help offset the costs and to keep the project moving.”

“Louisville is one of the fastest growing markets in the country and today’s announcement marks a critical and exciting step in the future development of Dream Louisville. This location marks an incredible addition to our growing portfolio, and we are proud to play a role in creating what will be one of the most spectacular rehabilitations in Bourbon City.”

Construction on the development is expected to begin in late 2022 with the grand opening of Dream Louisville slated for early 2025.

Underwritten by a design philosophy that is both surreal and contemporarily chic, Dream Hotels are individually curated properties that together comprise a unique narrative. With locations in the United States and abroad, the design and experience of each property is informed by its locale and taken to Dream status by a pool of world-renowned architects and interior designers. The result is a stay experience well-suited to the discerning traveler who seeks comfort in a truly cosmopolitan atmosphere. For more information about Dream Hotels, please visit www.DreamHotels.com.

Dream Hotel Group is a hotel brand and management company with a rich, 35-year history of managing properties in some of the world's most highly competitive hotel environments, including New York, Los Angeles, Miami, Bangkok and most recently Nashville. Home to its Dream Hotels, Unscripted Hotels, The Chatwal and new By Dream Hotel Group brands, Dream Hotel Group encompasses three business lines: Proprietary Brands, Hotel Management, and Dining & Nightlife. The company is committed to the philosophy that forward-thinking design, service and guest experiences should be available across all market segments. Dream Hotel Group is dedicated to offering travelers an authentic connection to their chosen destination through a truly original approach. For more information on Dream Hotel Group and its brands, visit www.DreamHotelGroup.com.

Royal Investments, LLC, is a privately owned boutique real estate investment and development firm headquartered in Franklin, Tennessee. Owned and managed by Alex Marks, Royal takes on complex projects which require intimate knowledge of the property, its existing structures, and the social climate it works in. Royal manages the acquisition, financial structure, entitlements and contracts with design and construction professionals to complete each project. Over the years, Marks has owned and developed a diverse portfolio of properties across the U.S. including residential subdivisions, commercial historic restoration, and mixed-use hospitality projects. For more information visit www.royalinv.com/.