Auditing the Auditors: What Happens When Quality Assurance Morphs Into PR & Marketing?

Home/Auditing the Auditors: What Happens When Quality Assurance Morphs Into PR & Marketing?

Auditing the Auditors: What Happens When Quality Assurance Morphs Into PR & Marketing?

If Quality Assurance had not been taken over by such interests, it would be focused on operational audits and follow-up actions that result in improved service and thus influenced guest perception based on real-world intentions and actions.

This hijacking of QA could explain some very real problems that hoteliers are facing today in their operations and even with guest perceptions….

Did you hear about the case of the incredible disappearing hotel manager?

Well, this is not so much a joke or a detective story as the beginnings of an obituary for the old-time general manager who used to have the time to cruise the lobby, building relationships with guests.

Where is he now?

According to a recent article by Hong Kong-based journalist, Vijay Verghese, GMs have left the lobby in order to address more-pressing concerns such as cost-cutting and investor-driven imperatives.

Like the canary in the coal mine, the GM-free lobby most likely has fallen victim to myriad back-office exigencies (urgent needs/demands) and can be seen as an early warning regarding the downsides of the increasing mechanization, social-media-ization, and creeping automation/robotification of the guest experience. Like oxygen for miners, emotional engagement is not an option for hospitality, so how can such a fundamental have been pushed so far off course?

It has been a slow process: Over the decades, the industry has responded to the tempestuous winds of the economy, changing market conditions, and guest perceptions and expectations-the most cogent amongst which are a) generational, b) cultural diversity opened up by globalization, and c) technological advances-all of which have resulted in a number of fundamental changes that may not be in the best interests of the guests and thus the hotels and chains that service them. Some would call such dead canaries “progress,” others might see them for what they are.

What other canaries may be lying inert at the bottom of their cage?

Brand Loyalty without the Benefit of USPs?

One seriously sick canary is undoubtedly the challenge in maintaining brand loyalty and increasing those coveted repeaters.

As the industry consolidates and consolidates, and then consolidates some more into corporate behemoths, brand identities and differentiators start to bleed like a red shirt in the whitewash, everything turning pink. The 20,000 Five-Star hotels around the world, for instance, are owned by a decreasing number of companies who, with a few notable exceptions, seem to have reached an amorphous plateau where their brand lacks any meaningful-to-the-guest USP. By way of a simple reality check, when a property is de-flagged, the new operator can and often does take over almost seamlessly, thereby calling into question any asserted differentiation.

The illusion of choice is created by having multiple brands from which to choose-much like a car-rental company that offers a choice of different makes of vehicles that have no effective advantage one over the other-the only actual difference being between categories of vehicle, such as saloon, SUV, sport, luxury, and van.

From the guest point of view, there is a loss of the unique, the personal, the home-away-from-home feel, as corporate-think nudges out plain old hospitality-think (Hospitality: The friendly and generous reception and entertainment of guests, visitors, or strangers, originally from the word Host: “A person who receives or entertains others as guests.”)

Is it any wonder, therefore, that guests lack brand loyalty, preferring online aggregators offering the largest possible selection and the most-competitive pricing to determine where they will stay? You could say that hospitality is falling away from being a desirable experience by guests to a mere commodity as guests lose interest and become less engaged.

The above problem children (decreasing live guest-engagement and the lack of differentiation and thus loyalty) are real challenges faced by hard-working and well-meaning managers and owners. They did not create the environment so much as find themselves operating in it as “The way things are, so adapt and make the most of it!”

Except this whole idea of adapting to the environment is another piece of conventional wisdom that could use some examining. For those who react to life, it is the way to go. For industry drivers who are aware of the environment, able to compute accurately and take action, the actual and successful operating basis is to change the environment proactively to the way one wants it to be. The trick, of course, is to want it to be in a condition where the most entities influenced by the environment benefit from it-not to take action that only benefits self and a few others.

A person who is proactive will be alert for new ideas, think them through, and take action to improve conditions. A person who is reactive will not look at, or will reject, any ideas that require independent thought or bucking the status quo. And so, having great faith in the abilities of hoteliers, almost all of whom that the author has met being rather exceptional, it may be of interest to step outside the conventional wisdom and offer a new course for hospitality to chart so as to a) bring it back to its roots or essence and b) help resolve the lack of differentiation in their offerings, guest engagement by the staff, and loyalty of their guests.

What is the new direction?

QA Designed for a Different Purpose

The first step is paring guest complaints down to the basic one: A failure by the facility to deliver what was promised-assuming, of course, that what was promised aligns with what the guests want (as discovered by proper market research and survey).

When something is not being delivered as promised, that is the time for Quality Assurance to step in and push things back onto the right course. And this is where we hit the pivotal problem: QA has itself been blown off course, bit by bit, and has not had the benefit of a QA Overseer to push it back on course!

In what way is QA off course?

While claiming to provide QA, the two main independent QA organizations are really focused on, and of benefit to hoteliers as

There is nothing wrong with these boosts and activities, but if these market leaders, who control almost the entire QA space, present themselves as QA, then everyone assumes that all the QA that needs to be done is being done.

And the truth is that the QA standards being used leave much to be desired. This is perhaps why most hoteliers see hotel inspection scores primarily as a marketing tool and indicator of how they compare to their competition (which in part drives performance assessment and related bonuses), rather than an objective operations analysis that points to the needed operational improvements that will lead to greater guest satisfaction.

QA is at the core of hospitality, for guest perception and satisfaction are based on what the guest actually experiences in the real world. QA audits that dig into what and how the staff are doing are key to maintaining high levels of guest satisfaction. Yet when QA plays second fiddle to other pressing concerns or is relegated to an occasional obligatory assessment, the main purpose of which is to achieve sales and marketing goals, then a real QA that improves staff performance and guest experience may well be a concept and activity that has disappeared from hospitality, just like the oxygen in a mine blow-out.

QA actually started in the 1950s in England, and, as covered in the first article in this series A Report Card on Independent Quality Assurance, standards assessed covered 50% guest engagement and service standards and 50% facility. This provided a pretty accurate assessment of what the guest could expect and what the property needed to focus on in order to improve the guest experience. Over the years, the QA focus switched almost entirely to assessing facilities and service standards, with only a lick and a promise returning recently to the assessment of guest engagement.

To make matters worse, standards in use today were created, and have remained substantially unchanged since, on the preferences of Western Silent Generation and Baby Boomers. Don’t look now, but the generations flooding hotels and resorts today are much younger, and they certainly do not all come from Western countries.

Then there are various other operational subjects that really need to be audited and improved as part of the greater audit in order to address those subjects that interest or impact guests: Efficiency of the staff; environmental impacts; emotional engagement (as distinct from service style-these terms not being distinguished in audits because emotional engagement is not understood as a science); and guest perceptions as expressed in social media. A truly on-target experience for the guests cannot manifest if any one audit element is missing or weak. Achieving that balanced overview and strategizing based on it would be, in and of itself, one fundamental differentiator for a chain or hotel, simply because they would be in tune with their guests and delivering on the promised experience.

Quite a few chains have taken QA in-house, but they walk forward with a blinker on each side of their head that reduces their effectiveness: On one side, they are too closely involved with their own product and on the other, they have the same shortfalls in standards as the independent QA market leaders-all following the same general approach and conventional wisdom.

While and since writing the three earlier articles on QA in 2018, I have contacted hundreds of GMs and corporate people and found most to be very much involved in their operation and set on the conventional wisdom, making it hard for them to step outside the box and look.

And that is what an independent and comprehensive Quality Assurance program would deliver, looking with a fresh pair of eyes at the whole guest and staff experience, highlighting the kind of creeping changes-those suffering canaries-mentioned above that elude those focused on the demands of day-to-day affairs and following current policies/strategies/imperatives/wisdom.

As a note, some chains try to bring about this fresh look at the property level by changing their top managers frequently from property to property. This creates other problems, as such managers never have the opportunity to implement a long-term strategy, such as one indicated by a comprehensive QA operational audit.

A better strategy might be to carry out an objective analysis periodically and allow the GM to keep the resulting business plan on track and not be pushed off it by daily routine and demands.

This article is not suggesting that the market QA leaders, with the benchmarking and marketing benefits they bring, should not continue as they have been-but let’s not be lulled into thinking that such audits are really operational audits focused on improving the guest experience, rather than just the guest perception of the facility.

* As covered in Auditing the Auditors, Parts I-III:

Reprinted with permission of the author 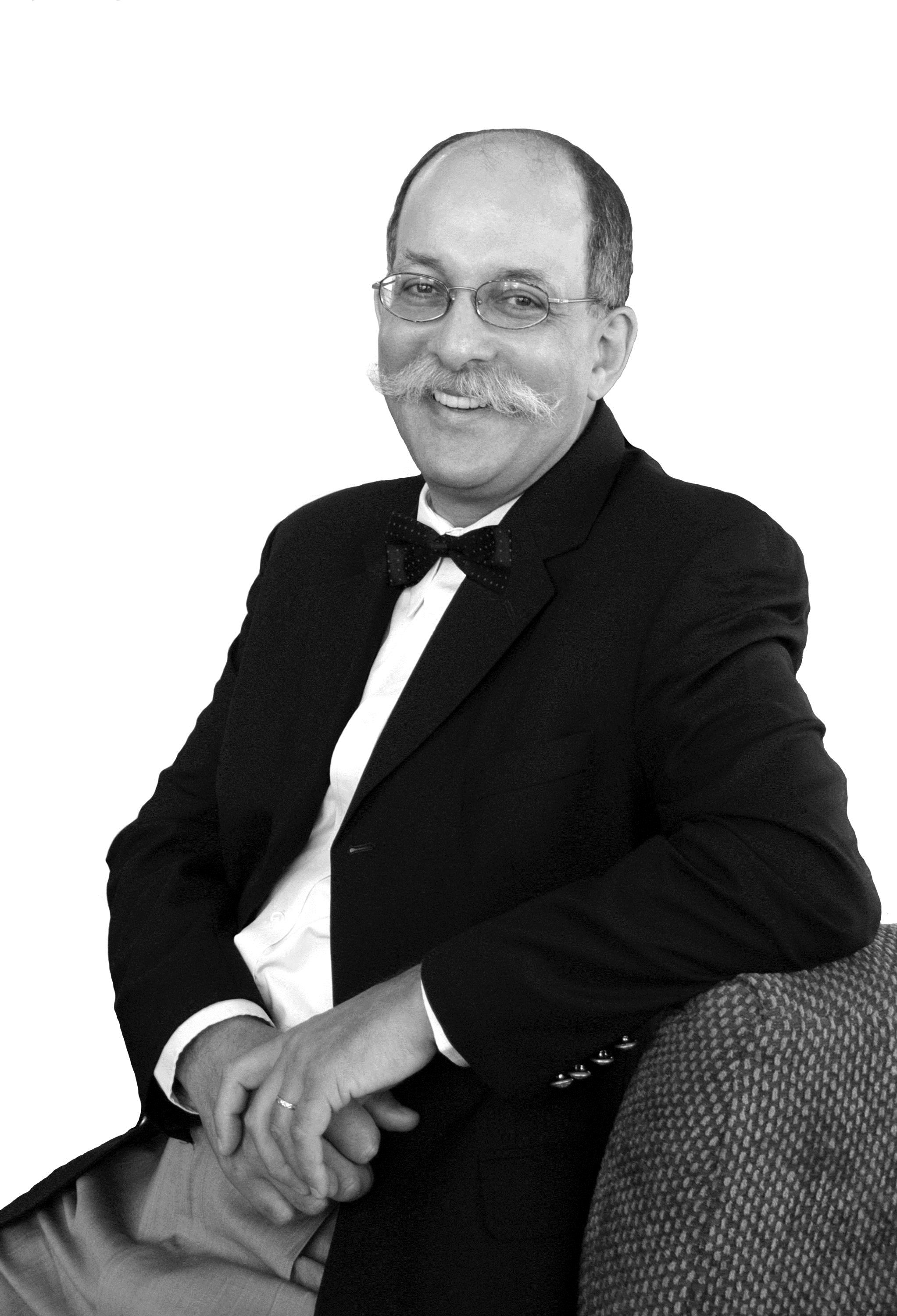 Professor Steven Ferry trains butlers and other service professionals in private estates, luxury hotels and resorts, and other superior-service venues. He is chairman of the International Institute of Modern Butlers (www.modernbutlers.com) and author of the best-selling industry text, Hotel Butlers, The Great Service Differentiators, and the two-volume, Serving the Wealthy.