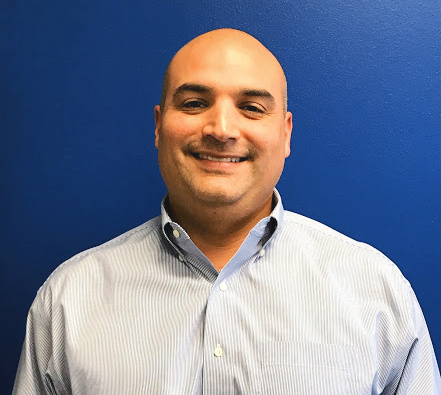 “This duo of hospitality execs have strong backgrounds in the hotel sector and we are confident their industry expertise and deep knowledge of the Dallas market will lead to a successful opening of this unique, dual-branded hotel,” said Scott Perlmutter, director of operations for Atlantic Hotels Group.

As general manager of AC Hotel Dallas by the Galleria, Baxter is responsible for leading the team across all disciplines for the 140-room hotel. A native of North Texas, he brings 25 years of hospitality leadership experience in all aspects of hotel operations. Baxter worked his way from parking valet as a teen to key leadership positions in rooms, security and accounting at Hilton Dallas Lincoln Centre. Baxter has been awarded numerous accolades throughout his career, including leader of the year 2006. Baxter holds a bachelor’s degree from the University of Texas at Dallas and has a certificate in principles of safety and health from the National Safety Council and the OSHA 501 train the trainer certification.

As general manager of Residence Inn by the Galleria, Tigner will manage all phases of the pre-opening process for the 116-suite hotel. He has 15 years of experience in hotel management at Marriott and Hilton-branded hotels across Texas, Nebraska and New Jersey. In 2015, while serving as general manager for Residence Inn by Marriott in Fort Worth, Tigner received the Hotel of Year award by the Hotel Association of Tarrant County. He holds a degree in business administration from Texas Tech University.

This hotel development is being co-developed by Atlantic Hotels Group and Civitas Capital Group, and is being managed by an affiliate of Atlantic. The project is one of several joint hotel projects between Civitas and Atlantic within the DFW Metroplex. 5G Studio Collaborative is the architect on the project, Clark Contractors is the general contractor and Dowdle Real Estate was the land broker. Simmons Bank is the senior lender on the project.

Atlantic Hotels Group is a rapidly expanding hotel owner and operator with interests throughout the Dallas/Fort Worth Metroplex. Atlantic continues to embark on a strategic growth plan that complements and supplements hotel ownership and operations. Franchisees of Marriott, Hilton, Starwood and InterContinental Hotels, Atlantic combines extensive resources and unparalleled depth and dexterity that allow the company to succeed in any marketplace. The company has a well-deserved reputation for consistently delivering a great product, great service and great results. For more information, please visit www.atlantichotelsgroup.com.

The Civitas Capital Group family of companies provides a range of products and services for institutional investors, family offices and qualified individuals. Through its affiliates, the firm offers investment strategies to clients seeking exposure to the U.S. lodging and real estate market through its Alternative Investments and EB-5 Capital divisions. For more information about Civitas, please visit www.civitascapital.com.