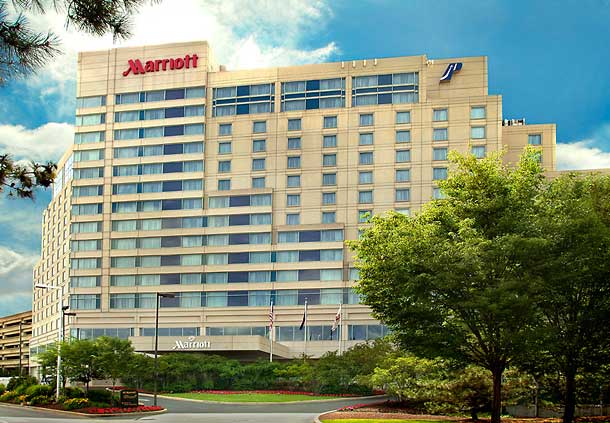 Prior to joining the Philadelphia Airport Marriott, Ms. Knowles-Mondello was Director of Hotel Operations at the Renaissance Boston Waterfront Hotel, where she led the property through many successful multi-million dollar renovation projects.

Ms. Knowles-Mondello began her career with Marriott over 28 years ago as a hostess at the Orlando World Center Marriott. She has held several leadership positions in Food & Beverage and Rooms in New England and Nashville, including Director of Food & Beverage at the Long Wharf Marriott. She also opened the Renaissance Boston Waterfront Hotel as Director of Food and Beverage. Throughout her tenure with Marriott, Ms. Knowles-Mondello has placed strong emphasis on being a mentor to many associates in the region, and she takes great pride in the successful leaders she has developed over the years. Now arriving in Philadelphia, she looks forward to her ability to be able to inspire a new generation of leaders. Ms. Knowles-Mondello is an avid cyclist and thrilled to be a member of the Philadelphia French Bulldog Club.

Welcoming travelers with exceptional comfort and convenience, the distinctive Philadelphia Airport Marriott hotel’s connection to Philadelphia International Airport quickly takes the stress out of air travel to provide guests with a remarkable hotel experience. Directly connected to PHL’s Terminal B via sky bridge, guests can forget worries of airport parking and traffic and instead enjoy an easy walk to or from the terminal in a warm and friendly atmosphere. Whether traveling to Philly for business or leisure, the newly renovated airport hotel’s guest rooms and suites are designed for the ultimate in comfort and productivity. Other on-site amenities include the Riverbend Bar and Grill and a fully-equipped 24-hour fitness center. Conveniently located near Lincoln Financial Field, Citizens Bank Park and Wells Fargo Center, guests of this hotel will also find themselves just 10 miles from downtown Philadelphia and the Pennsylvania Convention Center. For additional information, visit PhiladelphiaAirportMarriott.com or call 215-492-9000.