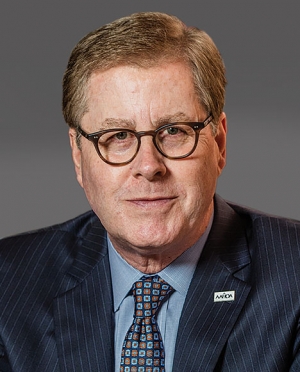 The Asian American Hotel Owners Association (AAHOA) is the nation’s largest hotel owners association, representing nearly 20,000 members who own almost one in every two hotels in the United States. With billions of dollars in property assets and hundreds of thousands of employees, AAHOA members are core economic contributors in communities across the country.

Recently, Hotel Online talked with AAHOA President & CEO Cecil Staton about the association’s ‘10,000 Letters, One Purpose’ campaign, which encouraged hoteliers to engage with members of Congress and the White House to implore them to pass a stimulus package that would ease the liquidity crisis gripping the industry. The campaign, which launched in mid-October, reached its goal within 24 hours and resulted in more than 16,000 letters being sent to Congress and the White House.

HO: Where did the idea for the ‘10,000 Letters, One Purpose’ campaign originate?

STATON: It came about during the height of failed negotiations between Speaker of the House Nancy Pelosi and Secretary of the Treasury Steve Mnuchin. They were relatively far apart on funding proposals for the next round of stimulus. Meanwhile, hoteliers continue to be squeezed by the liquidity crisis. Since COVID-19 hit, our industry has been decimated. Occupancy rates and revenues are at historic lows and will not recover until people begin traveling again. Owners are worried about meeting their payroll and mortgage obligations. Without assistance that addresses both payroll and mortgage debt, many hotels won’t survive the next six months.

HO: What are you asking lawmakers to do?

HO: Can you briefly outline those five areas?

STATON: Yes, of course. First, we want Congress to authorize a second round of Paycheck Protection Program funding for small businesses with revenue losses of at least 35 percent. There’s a lot of uncertainty about the trajectory of this virus, and a rapid return to normal travel is unlikely. We need relief beyond the next few months. Second, we need more resources for the Economic Injury Disaster Program, which is intended to provide help for businesses suffering from temporary losses of revenue due to factors beyond their control. This program has been difficult to access and the funding has been limited. We need Congress to support recapitalizing the program so that hoteliers can meet their operating expenses until travelers return. Third, we’re asking lawmakers to extend  temporary relief from troubled debt restructurings through January 1, 2023. Most experts anticipate that the industry won’t fully recover for at least two years. In the meantime, hoteliers need a lifeline to relieve pressure on debt service payments as well as a longer-term solution to address accumulating debt. Fourth, lawmakers need to find a solution for the Commercial Mortgage-Backed Securities loan crisis. Hoteliers with CMBS loans found less success in deferring payments than conventional loan holders, primarily due to the restrictive nature of the covenants in CMBS agreements. With hotel delinquency rates hitting record highs, we need a federally-guaranteed preferred equity facility that allows borrowers to access relief through financial institutions. And, finally, we want hoteliers to have access to the Main Street Lending Program. Although this program was designed to help the hardest-hit industries, hotel owners have been left out due to the way the program evaluates credit risk. We’re supporting changes to the program so that asset-based businesses, such as hotels, can access this critical funding.

HO: Do you think Congress really understands the crisis the industry is facing?

STATON: No, and that’s part of the problem. We’re trying to educate lawmakers about the industry itself. Just because there’s a brand name on the side of the building doesn’t mean it’s owned by a huge corporation. Lawmakers need to know that these programs aren’t bailing out big brands but rather helping small business owners who make investments in their communities and keep people employed. We also like to point out that the hospitality industry is one of the few industries where you can start at the bottom and work your way to the top. Many hotel executives started at the front desk. It’s an all-American story.

HO: How does the recent election affect the situation?

STATON: It really doesn’t change anything. The hospitality industry—both owners and employees—has to keep the pressure on Washington. We don’t have a solution to the problems we’re facing, so continued engagement is critical. Regardless of who is in Congress or the White House, our efforts must continue. The livelihood of our members depends on it.

HO: Is it too late for people to get involved?

STATON: Absolutely not. Hoteliers and hospitality industry partners can still add their voices to the campaign. For more information, visit www.aahoa.com/10000letters. 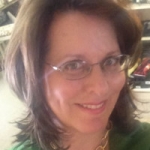 FRAN WORRALL is the features editor at Hospitality Upgrade and Hotel Online. She can be reached at [email protected].

Great Hotels of The World Launches #MICEBEAT
Tourism Tidbits: Developing Employee Loyalty in the Hope That Tourism Will Soon Return to Normal
Bali Trailing Other Indonesian Markets in Hotel Performance Recovery
Tourist Arrivals Down 87% in January 2021 as UNWTO Calls for Stronger Coordination to Restart Tourism
Amadeus Data Alert: Top U.S. Destinations for Spring Break by Hotel Occupancy and Air Travel Booking Volumes
Dwelling on a Permanent Relaunch to the Regional Market
Managing Travel Recovery via App-Based Shift Workers
Pure Wellness Rooms Now Available at Loews Boston Hotel
Turn 2020 Profit Losses Into 2021 Wins For The Hotel Industry
Long Live the New Business Center
Tiered Marketing Approach to Hotel Recovery
Will the Hospitality and Travel Industry Recover in 2021?
A Consultant’s Perspective on the Pandemic in 2021
IHG Hotels & Resorts Reveals Guests’ Growing Passion to Travel Better
Impact of Recent Federal Stimulus on the Travel Industry
Luxury’s Next Competitor Is Not a Hotel
How Are Hotels Adapting and Innovating During COVID-19?
Americans Plan to Take an Additional Week of Vacation This Year, Expedia Reports
Is This the Year the World Will Finally Return to Normal?
6 Hospitality Trends to Watch in 2021