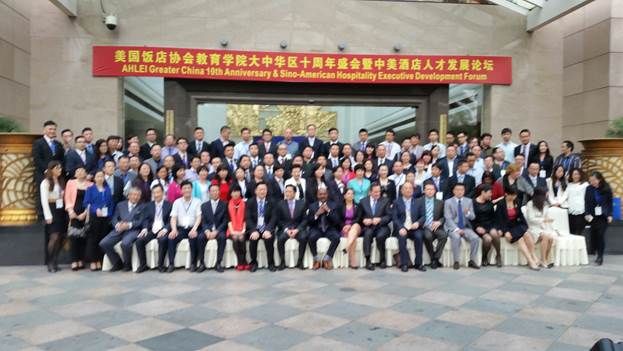 Shenzhen, China, April 2014-Executives from the American Hotel & Lodging Educational Institute (EI) who are currently traveling in China as part of an extended visit celebrating EI’s 10-year presence in that country, participated in the Sino-American Hospitality Executive Development Forum at the Goodview Hotel Tangxia, Guangdong, on April 25 and 26. The forum was one of several events that are part of the country-wide Greater China 10th Anniversary.

The next stop on the trip takes the team to Tianjin.