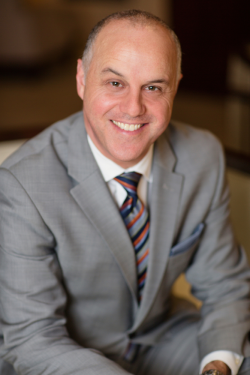 Having stamped his passport in Johannesburg, San Diego, Nevis, Washington, D.C. and Riyadh, Lippuner returns to the Caribbean, primed and ready to take the helm of Turks + Caicos’ premier beachfront resort. With a penchant for entrepreneurial enterprise, Lippuner held several senior executive roles within the hotel industry and the South African cosmetic manufacturing industry over the last 25 years. It was in these experiences that he developed a solid foundation for finance, operations, marketing, service excellence, and international business, building a versatile resume that has prepared Lippuner for this next opportunity.

Tapped by Four Seasons, Lippuner held multiple positions within the company from 2008 to 2018 including Director of Housekeeping, Director of Residences, Director of Rooms, Hotel Manager and General Manager. Lippuner’s proven track record includes optimizing productivity and efficiency, implementing large-scale capital improvement plans, and raising guest satisfaction and employee engagement scores, all of which are a testament to Lippuner’s people-driven approach, positive demeanor and ability to inspire.

His ascent through the business culminated as General Manager at the 274-room Four Seasons Hotel Riyadh in Saudi Arabia. During his three-year tenure, the property began a comprehensive $70 million renovation, cementing the hotel and its strategic position as a Four Seasons flagship in the Middle East. Despite the onset of new regional competition entering the luxury market, Four Seasons Hotel Riyadh maintained, and continues to maintain, its leadership position in occupancy, RevPAR and ADR, a move that captured the attention of owners and investors in the hospitality space.

Lippuner now joins the Wymara Resort & Villas team, eager to realize the property’s full potential. “The opportunity to lead Wymara into the future was certainly aspirational following my corporate hotel career at Four Seasons. At Wymara, I have the unique opportunity to tap into my entrepreneurial roots and put my creativity to good use,” said Lippuner. “The decision was further cemented by a wonderful chemistry with the resort’s owners. Additionally, following a visit to the island, my wife and children were excited to make Turks + Caicos their home.”