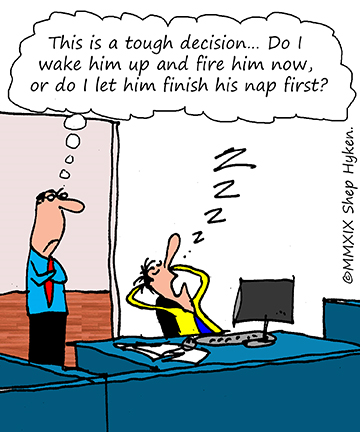 I enjoy going to a baseball game. I live in St. Louis, and the fans of the St. Louis Cardinals are known throughout the sports world as being some of the best fans in all of baseball.

Many fans remember Albert Pujols as one of the most skilled—not to mention beloved—members of the St. Louis Cardinals team. He was one of our best—and still is one of the best to ever play the game. The fans loved him, and he loved our city. But eight years ago, he left the Cardinals to play for the California Angels. Why did Pujols leave? The Angels offered him LOTS of money and the Cardinals wouldn’t match the offer. It was a sad day when Albert left St. Louis.

Last month, the Angels came to St. Louis to compete against the Cardinals—and Pujols came with them, after eight years away. One might expect some tension surrounding his homecoming. But when Albert took the field, he was met with a prolonged standing ovation. What’s more, when he hit a home run against the Cardinals, he received an even longer-standing ovation. What fans of any sport celebrate the opposition scoring against them in that way?!

I bring all this up because it was a difficult decision to let Albert leave. The Cardinals could have matched the offer but chose to invest in the team differently. It was a purely a business decision—a tough business decision. The Cardinal’s leadership team knew how the fans would react—negatively—but as tough as the decision was to make, it was the right one for the team.

Yes, some decisions are tough. But no venture ever achieved success without facing tough decisions. For instance, if the wrong person is in a customer-facing position and they don’t properly manage a customer’s experience, it could create problems. What makes it extra tough is that this person has been with the company for a long time and is a loyal employee. Should they be fired? They’re clearly not meant to be on the front line. Maybe there is a better opportunity that is more suited to that employee’s personality. It may be time to move them to a different position. Regardless, the decision has to be made.

Consider this. Let’s say you have 100 employees and 99 of them are amazing. But there’s one person who doesn’t understand the importance of being customer-focused. They don’t return calls or emails quickly. They are sometimes a little curt or short-tempered with customers. Here’s the really bad thing… their boss knows it—but won’t do anything about it. Rather than deciding to move this person to a different position or out of the company permanently, it seems easier to hope they get better.

Two things. First, hope is not a strategy. You can’t just “hope” it gets better. Nothing gets better without effort. Second, even though you have 99 out of 100 rock star employees, if your customer talks to the one that’s less than stellar, that’s the impression your customer will have of your entire company. When you understand the problem, the decision may not seem so tough after all.

If you want to compete in business, you must make good decisions—often tough decisions—that will put your organization in a position to win.

Ridiculous Interpretation of Rules
4 Steps Hotels Should Take to Adapt to a Post-COVID World
The Incomplete Answer
The Peace of Mind Call
We’ll Be Stronger When This Is Over
Uncompromised Customer Service
Don’t Let Your Customers Fall in the Expected Experiences Gap
7 Signs You Need Help With Your Business Guest Experience
A Reason to Smile During the COVID-19 Pandemic
There’s Magic in Managing the Details
Put Some Fun Into Serious Business
How Do You Really Know If You’re Doing a Good Job?
Key Indicators for Hospitality Sales Professionals
The Boss Can Kill the Customer Service Buzz
The Hospitality Way of Survival After Covid-19 Crisis
Customer Service Training Is Not What You Think It Is
The COVID Crisis Highlights the Need for Hotel Call Centers
Train Your Reservations and Sales Team to Show Compassion for Cancellations
The Problem Didn’t Start When Your Customer Told You About It
The Employee Experience Starts With the Hiring Process