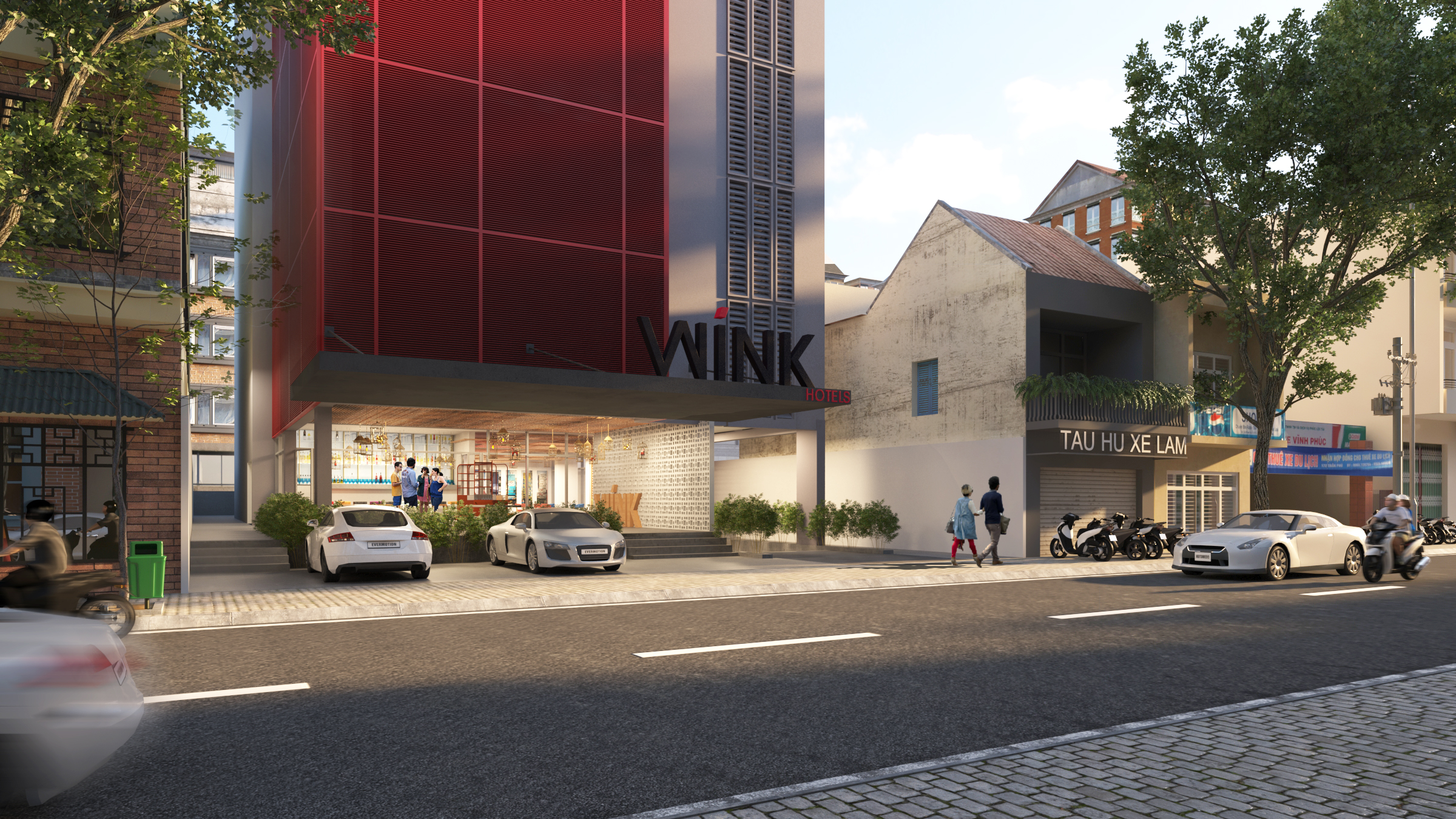 The two hotels will mark the next steps in the revolutionary hospitality group’s plans to expand with 20 hotels in Vietnam in the coming five to seven years. The brand is disrupting traditional hospitality norms with streamlined services, tech-driven stays, a focus on sustainability, as well as space-smart and chic rooms.

Wink Hotel Danang Centre is a 244-room hotel located at 178 Tran Phu in the heart of Danang’s buzzing downtown district. The hotel features a 19th floor sky lobby and includes 30 family rooms and a one-bedroom apartment.

Wink Hotel Danang Riverside is a hotel and suites complex, with a 60m long lobby on the fifth floor which faces the Han River, three floors of restaurants, bars and entertainment facilities as well as a coworking space. The other floors feature 287 hotel rooms and 70 Wink Suites.

Both Wink Hotel Danang Centre and Wink Hotel Danang Riverside were designed by international design and architecture studio, AW2, which is based in Paris and was responsible for the design of Four Seasons The Nam Hai and Six Senses Con Dao. Wink Hotels Danang Riverside also incorporates a rooftop bar and pool, designed by Dix Design+Architecture, an international design and interior firm based in Hong Kong and Milan, renowned for its award-winning design of Hong Kong restaurants Yardbird and Ho Lee Fuk.

Wink Hotels’ CEO, Michael Piro, is excited about the two upcoming Wink Hotels in Danang. “It’s great to be back in Danang, the beautiful beach city once home to a lot of our early Indochina Capital projects such as Four Seasons The Nam Hai and Hyatt Regency Danang. To have the honor of being a part of the opening of our unique brand of tech-driven, sustainability-minded hotels here in this new era of travel is especially thrilling.”

With the two Danang projects facing each other across the Han River, Wink Hotels is set to change the landscape of tourism in the beach city.

In 2019, Danang welcomed 8.6 million visitors which included around 3.5 million foreign travelers. Already this year, during Vietnam’s national holidays at the end of April and the beginning of May, Danang welcomed back more than 254,000 mostly domestic visitors, a figure 3.4 times higher than the same period in 2021. The resumption of international tourism will boost these numbers considerably.

Wink Hotels is a new Vietnamese hospitality brand emerging in Indochina that takes a bold approach to affordable luxury in the region. The brand caters to modern, aspirational travelers, offering high-quality experiences that are grounded in the local destination. Wink Hotels is the first hotel product of Indochina-Kajima, a joint venture between Indochina Capital Corporation, an innovative leader in Vietnam’s rapidly growing real estate, financial services and capital markets, and Kajima Corporation, one of the oldest and largest construction companies in Japan. Already 13 Wink Hotels are in construction with the first Wink Hotel that opened in March 2021 in Ho Chi Minh City, and the second, Wink Hotel Danang Centre set to open in November 2022.