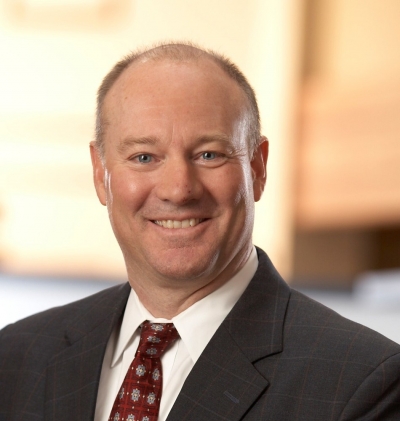 Terry Dammeyer will assume the President and CEO role for Investments and Development. 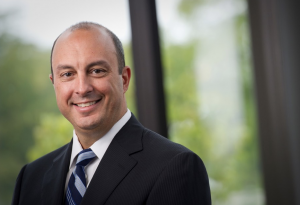 To support the leadership transition, Yiankes will serve as an advisor to White Lodging and Dammeyer through the end of 2020, and will join the company’s board of directors.

“Deno has been a trusted advisor to me and the company for decades, and together with our operating team, has built one of the highest performing hotel portfolios in the country,” said Bruce W. White, founder and chairman of White Lodging. “He’s talented, committed and hard-working, and following his retirement will play a critical role on the board.”

White continued, “Terry brings a careers worth of development experience to an already solid team at White Lodging. I’m confident we have all the right pieces in place to continue our impressive trajectory of growth and industry innovation.”

Dammeyer joins White Lodging from Winegardner & Hammons Hotel Group where he most recently served as President and Chief Construction/Development Officer. He joined Winegardner in 1984 and has served in a variety of development, construction and purchasing roles during his 35-year career. Dammeyer holds a bachelor’s degree in civil engineering from the University of Cincinnati and a master’s degree in business administration from Xavier University. He has lead the development of over 30 hotels during his tenure at Winegardner.

In his role as President and CEO, Investments and Development, Dammeyer will oversee White Lodging’s pipeline of development projects, which includes more than $1 billion of premium urban hotel investments and openings over the next four years.

“White Lodging is one of the country’s most strategic, efficient and focused development companies, and I’m privileged to be working with such a talented team,” said Dammeyer. “Together we’ll continue our growth by investing in premium assets in concentrated urban markets, including further expansion in our newest markets like San Antonio, Texas, and Charlotte, North Carolina.”

Yiankes: From Line Cook to CEO

Yiankes joined White Lodging in 1990 when the company had only four properties and has been instrumental in the growth of the company, including negotiating and transacting on over $5 billion of hotel real estate, and developing and opening more than 175 premium branded properties. He has held the role of President and CEO since 2006.

Prior to his 30-year career at White Lodging, he served as a senior associate with HVS International in New York. From line cook to CEO, Yiankes has worked in hospitality roles since high school, including roles at White Lodging’s first hotel property where he worked during his college years.

“White Lodging has been a significant part of my life for the last three decades and I’m incredibly fortunate to have partnered with an organization and team that shares my own values and appetite for continuous improvement,” said Yiankes. “With Terry’s experience, I’m confident that our team will build upon our solid foundation and continue delivering on our fundamental goal of creating unique and lasting guest experiences well into the next 30 years.”

Yiankes is a widely recognized leader in the hospitality industry and serves on Marriott International’s National Association Advisory Board, is a member/past president of Hospitality Asset Managers Association, past member of the Urban Land Institute’s Hotel Development Council and serves on American Hotel & Lodging Association’s Hospitality Investment Roundtable.

Yiankes received a bachelor’s degree with honors in Restaurant, Hotel and Institutional Management from Purdue University Northwest where he serves on the Chancellor’s Advisory Board. He continues to work closely with Purdue Northwest’s School of Hospitality Management and has established two annual merit and need based scholarships within the program.

White Lodging, established in 1985, is one of the leading ownership, development, and management companies in America. An innovative trendsetter, the organization’s portfolio includes convention, urban lifestyle, and suburban select hotels with more than $1 billion in managed revenue. White Lodging operates more than 90-premium hotels, 30 restaurants and 30 brands in 20 states. Success knows no boundaries at White Lodging, where associates and leadership have consistently earned superior guest satisfaction scores, top market share and industry-leading profit margins while recruiting the best, brightest, and most passionate professionals in every discipline for three decades. White Lodging is a proud winner of the Gallup Great Workplace Award. For more information about White Lodging, visit www.whitelodging.com, or connect on Facebook, Twitter, LinkedIn and Instagram.