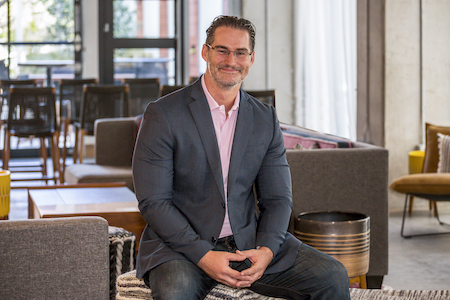 “During his time at Austin’s Aloft and Element hotels, Meisner created a new model for the successful opening and operation of a dual hotel and restaurant operation,” said Tim Sullivan, regional vice president at White Lodging. “Under his leadership, the hotels continue to set new performance milestones. We’re thrilled for him to bring his broad experience to Austin Marriott Downtown.”

He started his career at Hyatt Hotels, where he served as director of restaurant operations at the Hyatt Regency McCormick Place in Chicago, and in various restaurant and banquet leadership roles at Manchester Grand Hyatt San Diego.

David is a graduate of San Diego State University and lives in Austin with his wife and daughter.

Currently under construction, Austin Marriott Downtown will welcome its first guests in mid-2020. Anticipation for the new property high, with currently more than 110,000 room nights booked in advance of its opening.

At 31 stories, Austin Marriott Downtown will feature over 600 guest rooms (including 25 stunning suites), a rooftop pool with breathtaking views, three bars, locally-inspired restaurant, and more than 60,000 square feet of meeting space. Located across the street from the Austin Convention Center and in walking distance from famed 6th Street, the hotel is the ideal location in one of America’s top-rated cities.

White Lodging Loves Austin White Lodging currently owns and/or operates 12 other hotels and eight restaurants or bars in the Austinmarket. It’s also developing The Otis Hotel, part of Marriott’s Autograph Collection, and AC Hotel in Austin’s campus district. The Otis and AC Hotel are scheduled to open in fall of this year.

White Lodging, established in 1985, is one of the leading hotel ownership, development, and management companies in America.  An innovative trendsetter, the organization's portfolio includes convention, urban lifestyle, and suburban hotels with more than $1 billion in annual revenue. White Lodging operates 90 premiere hotels, 30 restaurants/bars and 26 brands — including Marriott International, Hilton Worldwide, Hyatt Global, and InterContinental Hotel Group and its own Collection of Luxury Ranches. White Lodging is one of the most active developers in the US with over 18 projects currently in development. Success knows no boundaries at White Lodging, where associates and leadership have consistently earned industry leading guest satisfaction scores, market share and profit margins while recruiting and retaining the best, brightest, and most passionate professionals in every discipline for three decades. For more information about White Lodging, visit www.whitelodging.com, or connect on Facebook, Twitter, LinkedIn and Instagram.