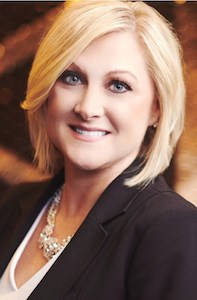 Dana Orlando has more than 20 years of experience in the hospitality industry and driving performance for premier brands, including The Ritz-Carlton Hotel Company and Waldorf Astoria Hotels and Resorts. She spent the past year as the opening general manager for the Elliott Park Hotel, Autograph Collection, in Minneapolis, MN. Previously, she was general manager of Hotel Ivy, a Luxury Collection Hotel, also in Minneapolis. While leading Hotel Ivy, it was awarded 2017 Hotel of the Year for Marriott Distinctive Premium Brands.

"Dana's experience coupled with her successful record of developing and implementing initiatives that maximize operational effectiveness make her the perfect fit to lead Hotel Distil," says Brian Perkins, regional vice president at White Lodging. "We look forward to the addition of Hotel Distil in our incredible city that we call home!"

"I am extremely grateful for this opportunity and eager to embark on this new chapter of my career with White Lodging at Hotel Distil," says Dana Orlando. "It is exciting to be a part of the newest development on Louisville's historic Whiskey Row."

Hotel Distil is designed for those who thirst for new experiences with a timeless approach on Whiskey Row. With 161 king rooms, 33 queen rooms and 11 suites, Hotel Distil is a space with intriguing juxtapositions where you will pass through a historic façade to enjoy modern amenities. The hotel features more than 15,000 in flexible meeting space, including a 5,000 square foot ballroom.

Hotel Distil and the new 110 room Moxy Hotel it's connected to will feature four distinct community-focused food and beverage experiences, including Bitters End, a rooftop bar overlooking the Louisville skyline.

Autograph Collection Hotels, part of Marriott International, Inc., celebrates individuality by curating one-of-a-kind travel experiences at over 150 hotels in over 30 countries and territories, among the world's most desirable destinations. Exactly like nothing else, Autograph Collection properties are hand selected for their rich character and uncommon details. A personal realization of an individual founder's vision, these hotels are defined by unique design, differentiated guest experiences and their meaningful role in locality. For more information, please visit www.autographhotels.com, and explore our social media channels on Instagram, Twitter, and Facebook to learn more about championing the independent spirit that is #ExactlyLikeNothingElse.

White Lodging, established in 1985, is one of the leading ownership, development, and management companies in America. An innovative trendsetter, the organization's portfolio includes convention, urban lifestyle, and suburban select hotels with more than $1 billion in managed revenue. White Lodging operates more than 90-premium hotels, 30 restaurants and 30 brands in 20 states. Success knows no boundaries at White Lodging, where associates and leadership have consistently earned superior guest satisfaction scores, top market share and industry-leading profit margins while recruiting the best, brightest, and most passionate professionals in every discipline for three decades. White Lodging is a proud winner of the 2018 Gallup Great Workplace Award. For more information about White Lodging, visit www.whitelodging.com, or connect on Facebook, Twitter, LinkedIn and Instagram.