Home/When Customers Speak To Us, Are We Listening? 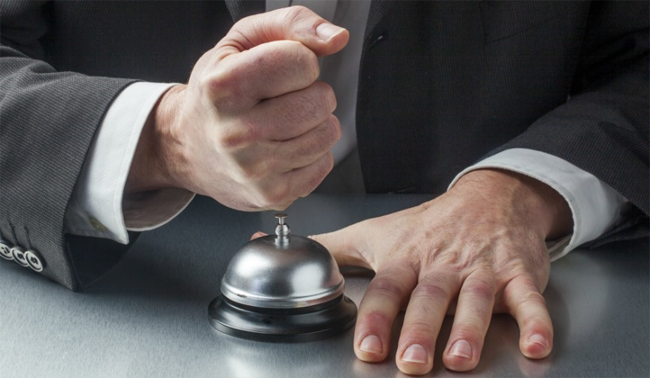 I firmly believe that we can learn a lot from our failures and setbacks – IF we pay attention. In fact, I recently spoke on this very topic at the Club Management Association of America’s World Congress in Nashville. Several of my audience members enthusiastically shared their stories with each other, stories of how they failed, or suffered a setback, or screwed up, and how they learned from the experience and came out of it smarter and better-suited to deal with similar situations in the future.

As with individuals, the same should hold true for businesses. Sometimes things break. Sometimes things go boom in the night. Systems break down. Shift happens. But while businesses should learn from their fails, are they getting the message — really? Are they listening and paying attention to their customers enough, like they should be? What about your company?

A lesson to help you kick up your own customer service game, too

First, a disclaimer of sorts: The story I am going to relate here isn’t about bashing hotels or on-line booking sites as an industry. It is one case study related to me recently by a business colleague, and I’m using it as an example to make a point. I love hotels. My roots are in the hotel business, and I do a quite a bit of training and coaching work in hotels and resorts across the USA. I am passionate about the hospitality business. And because of that passion, I constantly look for ways to make it better. Stories like these can work as catapults to help others kick up their games. There’s a lot of room for improvement out there, in all businesses.

After all, any business has the potential of passing off an unacceptable product to the public and then going tone-deaf about it. It happens often. The question is: How well does your organization stack up in the “learning from our mistakes” department? The answer to that question can be the difference between the success and failure of your enterprise.

My business colleague traveled to a brand-name hotel for a weekend recently. He booked his room through Hotels.com.

As most travelers and hospitality veterans know, when things go bad in a hotel, they usually snowball and roll downhill at breakneck speed. The bad gets worse, fast. It sure did in this case.

When he got to his room, he flicked on the lights. The lights mounted over the bed blinked incessantly. He turned them on and off again a few times. They kept blinking. Maybe the guest before him wanted a strobe-light experience shining on the bed. Let’s not ask.

He tried to call the front desk, but the phone didn’t work. It had no dial tone. He kept pressing “0”, nothing. He put the phone back on its base, thinking it might re-charge. Nothing happened.

At this point, he began questioning his hotel choice.

He decided to try the TV, since there was a basketball game he wanted to watch. He turned it on and it went straight to the default movie promo channel, as usual. He held the TV remote and pressed “channel up.” Nothing. Then he tried “channel down.” Nu-uh. How about the “last channel” button? Nope.

Apparently the little TV gremlin in the room wanted him to watch nothing else but Mario Lopez chirping about the great pay-per-view movie choices available to him.

Rather than jump out the window, he decided to calm his blood pressure by taking a nice hot, relaxing shower. Only problem was – you guessed it – no hot water. Keep in mind that my colleague is a well-traveled business road warrior, not some rube on his first road trip. He knows full well from experience that various types of water dials found in hotel showers can require a bit of intuitive thinking (or at least a Master’s degree) to figure out.

Let’s face it, in many hotel rooms it’s a delicate science finding that exact point on the shower dial between icy cold and scalding hot water. In this room, hot water took the night off as ice-cold water cascaded down on him like a Yosemite waterfall.

After drying off and throwing on his workout clothes, he made his way to the front desk, totally frustrated and trying to maintain his composure (Remember, his phone didn’t work, so he had to do his communicating with the hotel staff in person). After describing his sorry excuse for a room, the front desk agent said they could not move him, as they were going to sell out that evening. After some haggling, she agreed to send an engineer up to his room to “fix everything,” as she put it. Sure.

Back in his room of horrors, my colleague awaited help. It arrived in the person of the hotel engineer. Taking the TV on first for a contest of wills, he grabbed the remote and went to town. Try as he may by wickedly waving and thrusting the remote in the direction of the screen, he also could not coax the TV to change channels. Apparently he resembled the Sheriff of Nottingham sword-fighting with an invisible Robin Hood.

The frustrated engineer mumbled something under his breath and then pulled the TV and its dresser away from the wall. He went behind it, and amazingly got the channels to change by waving the remote at something on the back of the TV. He told my colleague that he would have to change the channels that way. How convenient.

And, what about that dead phone? As the intrepid engineer discovered through his MacGyver-like prowess, the cord that connected the phone to the wall jack was missing. The entire cord was gone. Thus, no dial tone. Maybe the previous guest needed a phone cord at home. Well, that explains that.

They never got to the hot water issue or the blinking lights over the bed (“Just leave them off,” the engineer suggested). By now, my friend didn’t know whether he would burst out laughing or blow an artery. It even crossed his mind that the room might very well be haunted.

You want hospitality? Not here!

Surely, the many fails in this room go above and beyond what a paying guest should have to endure from a business that lists itself in the category of “deluxe hospitality.”

With few options available to him short of re-packing, checking out, getting back in his car and heading down the highway in the middle of the night, my colleague ventured down to the front desk again to discuss realities. He asked for a discounted rate for that night and to be set up for a move to a different room the next day, as convenient as that always is.

The response he got at the front desk was so awful, it suspends reality. It might just be the worst response I’ve ever heard given to a hotel guest, anywhere: “You’ll have to take it up with Hotels.com.”

My friend could not believe his ears. The front desk agent went on: “You booked through Hotels.com. You’ll have to go back to them. We can’t do anything else for you.”

What a cop-out. What a lack of empathy. What cruddy service. Can you imagine such an insipid response to your customers from your own service team?

So let’s get this straight: My colleague was put into “guest jail,” and the hotel was handcuffed from trying to make things right for him, just because he used an on-line booking site? Let’s just say he was more than a bit peeved at this response.

What went wrong? Let us count the ways

Can you imagine a member of your front-line team pawning off all responsibility for failure, pawning off any ownership for a flawed product like this, and to ultimately pawn the recovery off on a distant internet site safely tucked away in Somewheresville, USA, away from the matter (or crisis) at hand? Yes, that’s a lot of pawning.

There are so many problems with this episode. I’ll try to compress the pain points down to these five coaching moments:

Learning moments from failures and setbacks for your business

When you have a breakdown in service or product delivery, be smart about it – take that as an opportunity to leverage the mistake into a catalyst for looking under your hood, examining the elements of the breakdown and making adjustments.

Let’s draw up a short playbook from this episode that you can apply to your own business, no matter what product or service you produce and sell to customers:

Listening is critical, but you’ve also got to take action

To be fair to businesses, listening to customers can sometimes be an adventure in science fiction. Customers aren’t always right. Sometimes, they misrepresent a situation, stretch the truth or even outright lie, trying to take advantage and rip the business off for a discount or freebie. But that’s the small minority, thank goodness.

Still, businesses need to be aware that right or wrong, customers are still the customers. They ultimately vote with their wallets and talk to lots of other customers on-line. Scorching reviews keep business owners and hotel general managers up at night.

This hotel fail simmered in my colleague’s brain and boiled over after his trip. He told me he had no choice but to write about this experience honestly on the social media review sites: “I gave the hotel a chance to fix this right then and there, and they blew it. I hope they’ll take a lesson from this.”

We can only hope. 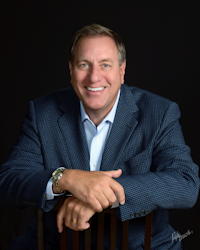