What’s So Great About Wellness Hotels?

Home/What’s So Great About Wellness Hotels?

What’s So Great About Wellness Hotels? 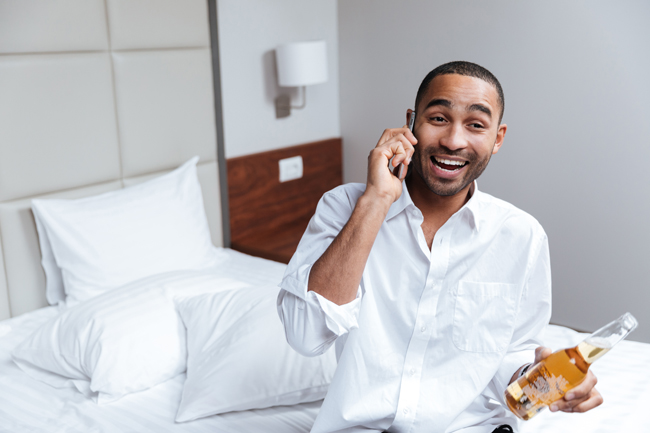 When the first wellness-inspired ‘EVEN Hotel’ by IHG opened in 2014 I remember thinking, “It's not for me but there must be a bunch of people that are looking for something like this.” In retrospect, I guess my assessment wasn’t too far off as four years later they have only nine hotels open and 14 in the pipeline. These growth numbers seem especially weak when compared to ‘avid’, IHG’s answer to Millennial-focused brands Tru (Hilton) and Moxy (Marriott). The ‘avid’ brand was announced in 2017, and now has one hotel open and 126 hotels in the pipeline.

I often read about new wellness-inspired hotels and amenities and all I can think is: “Why?” According to the CDC, “nearly 80 percent of adult Americans do not get the recommended amounts of exercise each week.” I guess my questions is: “What about the people that don’t care about wellness?” The data is clear that people don’t like exercising; why focus on such a small segment of the population that is into wellness?

Not only are Americans generally not interested in exercising, they seem to be comfortable increasing their calories, especially when it comes to higher calorie beers. The Brewer’s Association notes, “Overall U.S. beer volume sales were down 1% in 2017, whereas craft brewer sales continued to grow at a rate of 5% by volume, reaching 12.7% of the U.S. beer market by volume. Craft production grew the most for microbreweries.”

With the low interest in exercise and the high interest in microbrews, maybe the brands have a market for their next segmented property. Out of all the new hotels that I discuss with my friends and family, the one that really excites them is the Stone Brewery Hotel slated to open outside of San Diego. I also read about the BrewDogs’ DogHouse Hotel in Ohio that has beer taps in the guest rooms and offers a beer-paired breakfast. Considering all the buzz the DogHouse Hotel has received online, I would say that people are already sold on this new property.

Yet this hotel concept doesn’t seem to reflect what the major brands are putting out. I think the brands should look to create an “unwellness” hotel brand instead of continuing to push their “wellness” brands. Each one could be attached to a microbrewery. Features might include:

-Oversized towels to fit around any waist

These offerings could give the major hotel companies the opportunity to create some unique products and offerings, yet still have each property connected to an overall “unwellness” brand. Additionally, they could partner with established microbreweries and immediately tap into their existing customer base.

As consumers look for more experiences as they travel, this could be the perfect time to give the people what they want: no exercise and full flavored beer.

After nearly 20 years working in food and beverage and hotel sales, Tucker Johnson is now an Instructional Assistant Professor with the University of Houston Conrad N. Hilton College of Hotel and Restaurant Management-San Antonio. He received his BS in Hotel Administration from Cornell University and MHA from the University of Nevada, Las Vegas.

The Path Towards Customer-Centricity in Hospitality
The Incomplete Answer
Enseo Launches enseoCONNECT Mobile Remote
Will Hotels Become Faceless, Hands-off, Sterile Environments?
Guest Perspectives Post COVID-19: What Hotel Guests Want From a ‘New Normal’
7 Signs You Need Help With Your Business Guest Experience
Wyndham Hotels & Resorts Launches New “Count on Us” Initiative to Build Confidence Among Guests and to Support Franchisees
The Problem Didn’t Start When Your Customer Told You About It
Colcord Hotel Adapts to the Latest in Guest Connectivity and Convenience Using Advanced Wi-Fi and BeyondTV With Virtual Assistant Technology by HIS
ReviewPro, a Shiji Group Brand, Launches Innovative Guest Experience Automation™
Guest Experience Is the New Loyalty: How Hoteliers Can Take Advantage of Technology to Elevate Guest Experience
How to Transform the Customer Experience
TravelNet Solutions and Doug Kennedy Announce Upcoming Webinar for February 21st
Is Service Excellence the New Marketing?
The Worst Thing That Happens Is Your Customer Loves You
The Last Customer on Earth
The Top Lifestyle Trends That Every Hotel Should Be Cashing In On
5 Trends Making an Impact on the Hotel Industry
Lifestyle Is the New Trend in Loyalty
Make 2020 the Year Disruption Works for Your Hotel