What the Nudge (Marketing)?!?

What the Nudge (Marketing)?!?

Influence without constraint, and to do good. This is the ethos of Nudge theory. This "helping hand" theory claims to be able to rely on human irrationality to reach a desired outcome. Stemming from behavioral psychology and microeconomics, this new paradigm advocates "libertarian paternalism" where a dose of manipulation is admitted but used only in the most benevolent endeavors – not without reminding us that any form of communication can be perceived as manipulation.

In 2008, Richard Thaler, one of the fathers of behavioral economics, co-wrote Nudge: Improving Decisions About Health, Wealth, and Happiness, a book that shook up prior understandings and highlighted a much more realistic approach to economics in its appreciation of human imperfection. Richard Thaler, who won the Nobel Prize for Economics in 2017 for his unique contributions, has inspired public health and environmental awareness campaigns, drawing the attention of the US government (under Barack Obama's administration) and the British government, which have both created units dedicated to the use of nudges to reduce tax payment delays, reduce household energy consumption, increase charitable contributions or increase voter turnout rates. And it works!

Nudge theory is based on the prior work of Daniel Kahneman, who conceptualizes human thought in such a way as to explain the perpetual dichotomy between rapid, instinctive and emotional thinking (system 1) and slower, reflective and logical thinking (system 2). Our brain is a formidable machine capable of real prowess. But this ability to manage huge amounts of information at an exceptional speed is expensive in terms of energy.

We have therefore evolved so as to process as much information as possible in an almost unconscious way via system 1. System 2 is uncomfortable and demands effort, so will only be used as a last resort. A rather telling image is that of driving. Tense, sweaty and on the lookout, the young learner will use system 2 while driving. Once experienced, the driver's actions become automatic and almost unconscious – here, system 1 takes care of the task; much less expensive, but also less attentive. From an evolutionary point of view, System 1 is life-saving in many circumstances; no need to think to remove your hand from a hot stove, or catch your baby just before a dangerous fall. These instinctive actions are essential to our survival. However, our minds allow themselves certain shortcuts which, in the hyper-connected and extremely complex world in which we live today, can be somewhat problematic.

A racket and a table tennis ball are worth a total of €1.10. The racket is worth one euro more than the ball. How much does the bullet cost?

If you read this riddle for the first time, your system 1 immediately raised its hand and said "I know, I know, I know! the ball costs 0.10 €" with a wide smile of satisfaction. It is only once you are told that it is not the right answer that your system 2 will come out of its cave, yawn and start calculating to tell you that the right answer is obviously 0.05€ (if the racket costs one euro more, it therefore costs 1.05€, to which we add the 5 cents for the ball which gives us the total of 1.10€).

The fact that we quickly arrive at the wrong answer is not proof of a lack of intelligence or a personal defect, but a demonstration that many of our mistakes are the result of our psychology and weaknesses that Homo sapiens had to concede for the sake of optimization and survival.

The goal is not to reinvent or change human behavior, but to better understand it in order to extract rules based on scientific observations, which make it possible to review all processes, interactions and choices to optimize them.

Some cognitive biases are inseparable from our decision-making. Worse still, they would even have more influence on our decision-making than rational thinking. The strength of the nudge is surfing the wave of subjectivity and irrationality, rather than facing it head-on.

"Behaviour towards organ donation varies significantly from country to country. In some countries you are automatically considered a donor and must take a short administrative step to remove yourself from the donor list. In these countries nearly 90% of individuals donate their organs! In other countries it is the opposite, you must follow the same procedure but to declare yourself as a donor. In this case, the percentage of donors drops to around 15%! The difference? The way the options are presented," explains Lohyd Terrier, Professor of Influence and Leadership at Ecole hôtelière de Lausanne.

Some examples of biases typically used with nudges

The conformity bias is probably one of the most important. It is the one that gives birth to fads and trends and also one of the most powerful due to our complex social nature.

One day I asked my father how he had drove me and my brothers around all those years without a child seat or even a seat belt in the car. He simply replied that this was the norm, and that in fact he didn't feel like he was doing anything wrong. Such is the strength of bias!

In reference to the above-mentioned, it must be said that the way in which information is presented will have a major impact.

People who provide a service, experience, contract, or other information that will lead to a choice are defined as choice architects. The latter, according to Richard Thaler, "have a responsibility to organize the context in which people make decisions”.

By finding that the default choice was the one most often used when completing a form, the UK government succeeded in increasing the rate of participation in pension plans, simply by checking the "opt-in" box by default, while leaving signatories the choice not to opt for the pension plan. With a tiny adjustment, the well-being of thousands of workers will potentially be assured at retirement. The range of possibilities remains the same, while the choice architecture has been optimized.

Brands are also getting started

Some companies, realizing the strong economic, qualitative and reputational potential, have taken certain steps resulting from a "nudge" type of thinking.

Think of the small cards inviting you to reuse your towel in the hotel bathroom, for example. This allows the hotel to be more environmentally friendly AND saves considerable amounts of money on laundry costs. With this new understanding, some hotels have leveraged the bias of conformity, mentioning for example that 87% of guests who used this room reused their towels. This tiny detail boosted the rate of towel reuse.

Now imagine that you want to score points with your audience by adopting an ecological behavior through a ban on single-use plastics. It is then sufficient to no longer systematically offer straws with sodas or cocktails, while allowing those who would like a straw to ask the waiter for one. In the overwhelming majority of cases, straws will not be requested. You save on purchase costs, capitalize on the values shared with your customers and nurture their trust and loyalty, yet in practice, the choices available remain exactly the same. No freedom has been taken away.

Nudges can also be used to strengthen the corporate culture. In an elevator at the headquarters of the Marriott hotel chain, a sign says "It's too quiet in here. Talk, don't text". This small invitation to conversation increased the positive interactions between employees and thus their overall job satisfaction.

Where are all the consulting firms?

Planning, communicating, gathering or helping by adopting a nudge approach can have extremely positive effects at low cost. But then, why don't we see specialized agencies and consulting firms popping up to offer this ingenious and efficient service? Quite simply because it is difficult for a firm to justify fees up to the potential added value, as the actual changes can be so subtle.

Nudges should not be seen as a fad, but as the result of years of experimental research into how we make our decisions – Lohyd Terrier, Dr Terrier Assistant Professor of Organizational Behavior at EHL

To maximize the impact of nudges, they must therefore be jointly managed by experimentalists specialized in influence and creative communication professionals. The studies are there, with figures and case studies to support them. No need for beautiful presentations full of keywords to impress the customer. The nudge is a gentle influence for which you need a sharp eye, a critical approach and a lot of creativity. 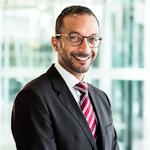 Sherif Mamdouh is the External Communications Manager at Ecole hôteliere de Lausanne (EHL). He graduated in Management and specialized in Media and Communication, and spent a few years in private banking, after which he became involved in strategic communication. After spending some time as strategy and content manager for a reputation management company, he now works at EHL, where he is responsible for external communication and media relations.

INTEREL Names Scott Watts to Head Expanded Americas Presence
Sustainable Hotel Management: Trends Hoteliers Should Know in 2021
How to Upsell 101: Too Much Choice Can Lead to No Choice
Post COVID-19: What’s Next for Digital Transformation?
Cloud5 and SABA Hospitality Bring Humanized Virtual Guest Service to the Americas
Hotel Effie Sandestin Selects Agilysys SaaS Solutions to Improve Operations & Enhance Guest Experience
Digital Tipping: Meet the Need for Speed by Avoiding the App Store
Stay or Leave? Internship Stress and Coping Strategies in the Hotel Industry
Luxury’s Next Competitor Is Not a Hotel
Frontline Staff Training: From Customer Service to Entertainment
6 Hospitality Trends to Watch in 2021
Top 5 Essential Hotel Management Tips for the Perfect Guest Experience
6 Key Learnings From an Unprecedented Year in Hospitality
An Empowerment Lesson From the Ritz-Carlton
The Year of the Dog Hotel
An Introduction to Service Design
Capture Direct Bookings 365/24/7
What Is a POS System?
Shep’s 2021 Top 10 Business Predictions
Technology at the Service of the Customer