Sometimes, the biggest threats in life are the ones that we cannot see – especially in a primarily digital world that offers frequent opportunities for anonymity across virtual channels and data-driven infrastructure. The technological ecosystems we’ve come to rely on both personally and professionally provide a wealth of convenience and personalization, but with great power comes great responsibility. With sophisticated technology comes sophisticated attacks.

Cybercriminals are seemingly lurking around every digital corner, and, to this effect, a well-known hacker group called REvil launched a ransomware attack last week that has now impacted more than 1,000 companies worldwide. This is a potentially devastating blow to the managed service provider (MSP) industry, as REvil requested $70 million in Bitcoin ransom to unlock all affected computers. However, the hacker group later lowered the amount to $50 million.

This incident provides an essential lesson to any company that facilitates or relies on the exchange of potentially sensitive user data, such as hotels. Nobody is immune from hackers, and now, more than ever before, the hospitality industry needs to take proactive steps to safeguard guest data.

A Large-Scale Hack Unfolding in Real-Time

On the Friday afternoon preceding the July 4th long weekend, REvil set its sights on Kaseya’s VSA SaaS infrastructure, exploiting a vulnerability in supplier’s code (better known as a software supply chain attack) that granted them access to the systems of customers who utilize the tool. Just last month, REvil collected $11 million in ransom after successfully hacking JBS foods.

In a statement made on their website, Kaseya wrote, “Kaseya’s VSA product has unfortunately been the victim of a sophisticated cyberattack.  Due to our teams’ fast response, we believe that this has been localized to a minimal number of on-premises customers only.” The company estimated that fewer than 70 of its direct customers were breached, with fewer than 1,500 downstream businesses affected. However, due to the nature of the companies that rely on the tool (many being IT/cloud service providers), the potential for continued impact is concerningly high. Coop, known as Sweden’s largest retailer, was forced to close almost 800 stores as the attack crippled their cash register software supplier. In fact, this latest attack has been deemed one of the biggest ransomware attacks on record, and, if paid, the $70 million in ransom would be the highest ransomware payment ever made.

While the incident is still unfolding, Forbes reported that REvil seemingly disappeared from the internet on July 13th, with their dark website suddenly going offline. According to the outlet, REvil’s other pages (including a page set up to receive ransom payment) are now inaccessible, and the group has been inactive across hacking forums for a few days. Neither the US nor others have taken credit for the action, but the threat actor may have decided to close that service and step away from the limelight they have created.

MSPs aren’t simply in the business of providing streamlined, centralized network management – they are in the business of protecting customers. Incidents like REvil’s ransomware attack prove increasingly dangerous to the MSP industry, as customers may lose faith in the affected companies. In the case of Kaseya, the company quickly took the necessary steps to minimize the footprint of the attack, and, fortunately, VENZA and/or CyberTek MSSP customers were not (nor will be) impacted. However, the event serves as a cautionary tale for the hospitality industry at large.

In the last few months alone, REvil has claimed hacks of various well-known companies, including Invenergy, Acer, and Apple supplier Quanta Computer. These cybercriminal groups are highly motivated and increasingly aggressive and sophisticated in their attacks; oftentimes, it’s not a matter of “if,” but a matter of “when” these attacks will occur.

For this particular incident, a software vulnerability identified within Kaseya’s tool and the holiday weekend created a “perfect storm” of opportunity for large-scale exploitation. Considering the prevalence of sensitive user data that hotels leverage for operational procedures and guest engagement, it’s increasingly essential for properties to work with security vendors equipped to mitigate the risk of ransomware attacks and other cyber threats. Proactive data protection and regulatory compliance should be a vital component of any hotel’s infrastructure, especially across a post-pandemic landscape that has been ripe for digital exploitation.

Forget your last line of defence – what is your first line of defence? In 2021 and beyond, taking a reactive approach to data security simply isn’t good enough; moreover, it’s incredibly costly to both a hotel’s bottom line and public reputation. Maintaining a strong defence against cyber threats like REvil’s attack against Kaseya requires multiple layers of protocol, including security coaching, compliance certifications, audits, firewall management, threat detection programs, server and network management, and so much more. With this in mind, cybersecurity shouldn’t just be a consideration for hotels – it should be built directly into a property’s operational culture, treated as a key component of the guest experience and brand promise. 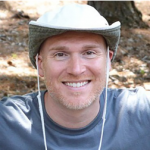 Unafraid to think outside the box, visionary entrepreneur Jeff Venza has been a disruptive force in the hospitality technology industry since 2008 when he founded VENZA®. Fueled by his passion for innovation, Jeff is an architect of change who has guided VENZA’s upward trajectory from the ground up to a multi-million-dollar brand. Today, over 10,000 properties in over 100 countries trust VENZA to help them predict, protect, detect and respond to security and privacy threats. As an evangelist for what’s possible, Jeff is involved in crafting the company culture, developing new solutions and shaping future growth opportunities. Prior to launching his own company, Jeff was Vice President of Training Services for AMERICAN SYSTEMS where he led the Enterprise Commercial Group (ECG). Over the years, he has been a driving force behind Fortune 500 corporations like The Coca-Cola Company and AirTran Airways, where he served in various key management positions. Jeff has been involved in philanthropy most of his life and has served on the boards for the Association for Talent Development (ATD), Technology Associates of Georgia (TAG) and Supporting Adoption & Foster Families Together (SAFFT), a community-based organization of caregivers that supports the needs of Georgia’s foster and adoptive children. He is currently an active member of the HITEC Executive Vendor Advisory Council to provide input and advice into education, trends and topics that affect the industry and HITEC events.

Zoox Smart Data Reveals How Investing in Data Protection and Privacy Initiatives Encourages Technological Innovation
Why Hotels Need “Visibility” to Avoid Data Privacy Liability
HITEC Orlando Opening Party Presented by VENZA and CyberTek Announced: An Evening at SeaWorld Orlando
Keeping Your Data Safe: Ransomware, Crashes, and Backups, Oh My!
Hotel Data Security: Challenges to Address in 2022
HFTP and NCA Publish Resource: “Comprehensive Practices in Club Cybersecurity”
Going to HITEC 2021? What You Should Know About Travel and Event Cyber Security Risks
Rethinking Cybersecurity for the Rest of 2021
The New Corporate Currency: Travel and Workplace Flexibility
Cyber Attacks Are Spiking – Is Your Hotel Prepared?
Are Millennials Ready to Be the Next Generation of Hospitality Leaders?
Developing a People-First Approach to Mergers and Acquisitions
Hoteliers: Why Compliance Doesn’t Equate to Data Security
The Ransomware Threat Is Ever Increasing, and Hotels Are Paying Huge Ransoms
The Importance of Training and Onboarding Staff in a Post-Pandemic World
Why the Hospitality “Skills Gap” Has Become a “Skills Chasm” Due to COVID-19
VENZA® Acquires CyberTek to Deliver Holistic Cybersecurity and Managed IT Services
The Do’s and Don’ts of Selecting the Right Hotel Technology Partner in 2021
Changing Rules for a Changing World: Why Doing Good Is Now Very Good for Business
The Ransomware Threat Is Ever Increasing, and Hotels are Paying Huge Ransoms