What Can You Tell from the ProPAR Graph? The Impact of RevPAR Growth on Profit

Home/What Can You Tell from the ProPAR Graph? The Impact of RevPAR Growth on Profit

What Can You Tell from the ProPAR Graph? The Impact of RevPAR Growth on Profit

Earlier this year, Hotel Appraisers & Advisors published an article summarizing how several hundred hotels performed, ranked by House Profit per available room (ProPAR). The article then compared each hotel’s ProPAR level relative to Rooms Revenue per available room (RevPAR). By standardizing for RevPAR, the analysis allowed us to compare profitability of hotels of different service types, chain scales, and brands. This metric also allows owners to compare the performance of hotels managed by different management companies. By using ProPAR and RevPAR, HA&A showed a simple way of analyzing hotel profitability, while standardizing all variables that affect revenue.

The scatter plot in the ProPAR graph above is constructed by using data of 70 branded, upscale hotels across the county. The scatter plot shows dots gathering tightly along a straight line, which is indicative of a strong linear relationship between RevPAR and ProPAR. This relationship can be expressed mathematically by the following two-variable linear equation:

In this equation α and β are constants that determine the interception on the y-axis and the slope of the regression line, respectively. In the preceding example, β is 282.53 and α is -7,968.3.

The following figure illustrates how the scatter plot shifted from 2013 to 2014 using the RevPAR and ProPAR data from the sample set.

In this article, we will illustrate examples of how we can analyze this graph and what we can learn about the relationship between RevPAR and ProPAR.

The concept of diminishing marginal returns is taught in many micro economics classes. A company’s growth will decelerate as the company matures, or grows, and marginal profits decline. In this section, we show that we can infer a similar relationship between RevPAR and ProPAR from the ProPAR graph.

Figure 4 shows what will happen to ProPAR growth if we extrapolate the linear line far beyond our data set. It appears that the ProPAR growth rate is getting closer and closer to 5.0%, which is the RevPAR growth rate intervals we are using in this experiment. As shown later in this article, the curve will “converge” to 5.0% if we assume that we can extend the straight line beyond the data set we sued in our study.

In the previous section we illustrated the decelerating nature of profit growth. A major implication of the result is that a hotel’s RevPAR level can help determine the degree to which profit growth can be induced by RevPAR growth.

To demonstrate our point in more concrete terms, we have compared two hypothetical scenarios with different RevPAR levels. Between 2009 and 2014, the average hotel in the United States experienced RevPAR growth of approximately 6.7% annually. In our example, we set the beginning RevPAR at $60 for one scenario and $100 for the other. Assuming both hotels experienced 6.7% RevPAR growth annually, which scenario has achieved higher total growth in ProPAR at the end of 2014?

In reality, however, two hotels with different RevPAR levels may not increase their RevPAR at the same rate. It is possible that the hotel in the second scenario had a higher RevPAR level in the first place because it is located in a better market or is physically in a better condition. If this is true and the hotel is better positioned for an upward cycle, its RevPAR growth could be higher than the first scenario. Then, how much larger the RevPAR growth has to be for the second hotel to have achieved the same ProPAR growth at the end of 2014?

We can compute the percentage by the following calculation:

Therefore, total RevPAR growth for the second scenario has to be 35% larger than the first scenario, which equates to 52%. The following figure illustrates two scenarios with the same ProPAR growth percentage at the end of 2014.

Now, we would like to demonstrate what will happen in case of a downward cycle. In order to make the comparison easier, we have used a negative 6.7% growth rate for our two hypothetical scenarios.

In this section, we will mathematically illustrate how the linear relation between RevPAR and ProPAR observed from the ProPAR graph is related to the findings of our experiments.

As previously shown, the ProPAR graph is expressed in the following equation:

With minor alternations to the equation above, we can express how RevPAR growth affects ProPAR growth in the following equation:

Again, our interest is to see an impact of RevPAR growth on ProPAR growth. By shifting everything but g PRO from the left side to the right side of the equation, we will derive the following expression:

the latter half of the right side of the equation cancels out.

By substituting ProPAR with RevPAR*β + α, the equation can be expressed as the following:

Notice that if the α is zero, the nominator and the denominator will be equal, and the whole fraction becomes one. As a result, g PRO and g REV will be equal. However, since the α represents profitability when RevPAR is zero, the α is always a non-zero, negative number. This is because RevPAR levels need to reach a break-even point to cover fixed expenses before a hotel makes any profit. For this reason, the following expression is true:

Now, let’s see why ProPAR growth decelerates as RevPAR increases. The key here is to remember the α is a constant. As illustrated above,

will never be one. However, as RevPAR increases, the α becomes smaller and smaller relative to RevPAR*β. As a result, as RevPAR gets larger and larger, the whole expression becomes closer to one.

To make this point clear, we will go back to the two scenarios with $60 and $100 RevPAR levels. Plugging in these two different RevPAR levels, we calculate the following:

In this article, we have demonstrated what we can learn about the linear relationship between RevPAR growth and ProPAR growth from the ProPAR graph. Our findings indicate that a degree of an impact from RevPAR growth on profit growth varies depending of the levels of RevPAR. An implication from the finding is a subtle, but interesting one. In order to gain a clear understanding of the relationship between RevPAR and profitability, it is essential for us to view RevPAR growth in context of specific RevPAR levels. Talking about RevPAR growth without a specific RevPAR in mind could lead to an inaccurate conclusion for potential profitability of a hotel. For intelligent investment decisions, it is important to have an accurate picture of how RevPAR performance will translate to profitability, and we have shown that the ProPAR graph can be a great tool for the analysis.

This article is intended to present examples of what we can learn from the ProPAR graph. We hope the findings shared in this article attract more interest and encourage further discussion in the industry. We welcome participation from additional management companies and ownership groups who are interested in receiving confidential benchmarking feedback based on our analysis model. 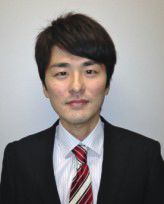 Yoshihiro Kanno is Vice President of Hotel Appraisers & Advisors, a national hotel consulting company based in Chicago. Mr. Kanno is a seasoned consultant with extensive experience in providing appraisals and market studies for various hotel assets, including convention center hotels and resort properties. He holds a Masters Degree in Hospitality and Tourism Management from the Florida International University and a Bachelor of Science degree in International Political Science from the Aoyama Gakuin University in Tokyo. Mr. Kanno can be reached at (312) 526-3674 or by e-mail at [email protected]