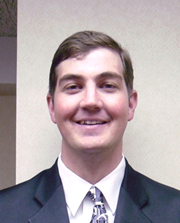 Schroder joined the Waterford Hotel Group in 2002 as Director of Operations at the Mystic Marriott Hotel & Spa and served as General Manager at the Radisson in Bloomfield Hills, MI, Hilton Hartford in Hartford, CT and the Holiday Inn Express in Southington, CT. Additionally, Schroder served with numerous task force opportunities at several Waterford properties. Most recently, Schroder was the Regional Hotel Director for Waterford. He received his Hospitality Degree from Witwatersrand University, where he participated in Waterford Hotel Group’s International Training Program.

“Duane has vast experience in all aspects of hotel management, making him the ideal fit for this position,” commented Rob Winchester, President and COO of Waterford Hotel Group. “I know the Marriott Hartford Downtown team will thrive under his leadership and we look forward to Duane continuing his hospitality career with Waterford.”

Located in the Front Street Entertainment District, the Marriott Hartford Downtown overlooks the Connecticut River and is interconnected with the Connecticut Convention Center. Attracting business and leisure travelers alike since 2005, this 409 room upscale hotel is AAA rated with four Diamonds. The hotel also features Vivo Seasonal Trattoria and Starbucks® Coffee House. Local Hartford attractions within walking distance include Infinity Hall, Spotlight Theater, Wadsworth Atheneum, The Bushnell for Performing Arts, Old State House, and the State Capital Building. The Connecticut Science Center, an interactive educational science museum for adults and children, is adjacent to the hotel. To book a reservation, or for more information, please call 860-249-8000 or visit the website at www.hartfordmarriott.com.

Waterford Hotel Group is one of the nation's leading hotel and convention center management companies. The company operates 20 properties in 7 states, representing nearly 3,000 total rooms and 630,000 square feet of meeting and convention space. The collective expertise of the team and track record of success has earned Waterford distinction as an approved operator for the leading hotel brands. Whether the involvement begins at conception or during operation, Waterford Hotel Group strives for successful performance and profitability of each managed property, while maintaining the highest standards of quality, service, and cleanliness. For more information, visit www.waterfordhotelgroup.com.