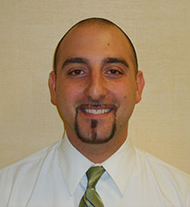 “Anthony’s vast experience in all aspects of hotel management makes him the ideal candidate to lead the Courtyard Cromwell team,” commented Rob Winchester, President and COO of Waterford Hotel Group. “We are thrilled that Anthony is continuing his hospitality career with Waterford.”

About Courtyard by Marriott Cromwell

Waterford Hotel Group is one of the nation's leading hotel and convention center management companies. The company operates 18 properties in 7 states, representing over 2,700 total rooms and 630,000 square feet of meeting and convention space. The collective expertise of the team and track record of success has earned Waterford distinction as an approved operator for the leading hotel brands. Whether the involvement begins at conception or during operation, Waterford Hotel Group strives for successful performance and profitability of each managed property, while maintaining the highest standards of quality, service, and cleanliness. For more information, please visit www.waterfordhotelgroup.com.