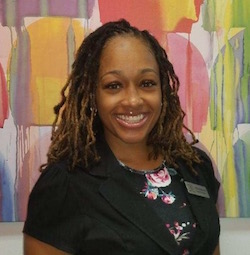 As General Manager, McLean is responsible for all of the hotel’s operations, sales, administration, and human resources. McLean joins the Brooklyn team with a depth of industry knowledge. She has held management roles at well-known properties such as the Carlton Hotel, Wingate by Wyndham Manhattan Midtown, and The Carlyle. Most recently, McLean had been working as the General Manager at Hotel le Bleu, a boutique property in Brooklyn.

“We are very pleased to welcome Nicole to the Waterford Hotel Group team,” commented Rob Winchester, President and COO at Waterford Hotel Group. “Nicole’s extensive experience in the hospitality industry and knowledge of the New York City market make her a perfect fit to lead the Brooklyn team. We wish her continued success in this new role,” added Winchester.

The 133-room Fairfield Inn & Suites New York Brooklyn boasts a spacious atrium lobby and rooftop gardens with views of both the Manhattan and Brooklyn skylines. The hotel features the signature innovative Next Generation Fairfield Inn & Suites by Marriott design including double queen rooms, king rooms, and suites. The hotel also features meeting facilities that provide an intimate setting for any board meeting or event. The convenient location of this Brooklyn hotel is just steps away from the subway to Manhattan, downtown Brooklyn, and MetroTech Center. Nearby attractions include Barclays Center, Prospect Park, and the New York Aquarium. The hotel is also located in the heart of the dining area and is within walking distance of popular restaurants along 5th Avenue, Smith Street, and Atlantic Avenue.