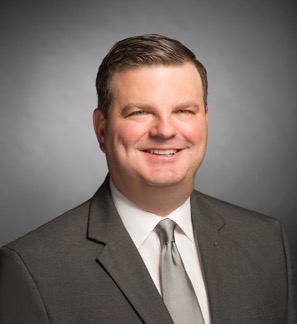 In his new role as Director of Sales, McClure is responsible for the total sales efforts for the hotel, as well as supervising sales related personnel, and implementing sales and marketing strategies to maximize profits while also maintaining guest satisfaction. McClure joins the DoubleTree team with over 15 years of hospitality experience. Most recently, McClure was the Director of Group Sales and Business Travel for the Little Rock Marriott. Prior to that, he worked as a Market Director of Sales where he oversaw the marketing efforts of four prominent downtown Little Rock hotels.

“We are thrilled to welcome Jeff to the DoubleTree Little Rock,” said Michael Stocker, General Manager of the hotel. “Jeff’s extensive hotel sales background is a welcomed addition to our team. We wish him great success in his new role,” he added.

About DoubleTree by Hilton Little Rock

The DoubleTree by Hilton in historic downtown Little Rock is located just off I-30 in the heart of Arkansas’ capital city. The hotel features 288 rooms, the Bridges Restaurant and Lounge, flexible banquet, catering, and meeting space, a business center, and an outdoor swimming pool. DoubleTree Little Rock is connected to Arkansas’ Premier Performing Arts Venue, the Robinson Center. The hotel is conveniently located only minutes from the Bill and Hillary Clinton National Airport and in close proximity to the leading Little Rock attractions, such as the Statehouse Convention Center, William Jefferson Clinton Presidential Library, Verizon Arena, Little Rock’s Government and State Offices, the shopping district, and much more. For more information, please visit www.doubletreelr.com.