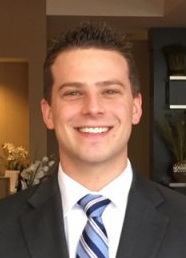 Kovats started his hospitality journey in New England, receiving his degree in Hospitality and Tourism Management from the University of Massachusetts Amherst. He has since traveled around the country working for prominent Marriott brands in various management positions. Most recently, Dustin was the General Manager at the Marriott in Milwaukee, Wisconsin. Prior to that position, he was the General Manager of the full-service Marriott in Boulder, Colorado.

“Dustin has vast experience in all aspects of hotel management, making him the ideal fit for this position,” commented Rob Winchester, President and COO of Waterford Hotel Group. “With his knowledge of Marriott brands and impressive leadership skills, we are confident that he will thrive in this new position,” he added.

Located in the Front Street Entertainment District, the Marriott Hartford Downtown overlooks the Connecticut River and is interconnected with the Connecticut Convention Center. This 409-room upscale hotel has been attracting business and leisure travelers alike since 2005. The hotel also features Vivo Seasonal Trattoria and Starbucks® Coffee House. Local Hartford attractions within walking distance include Infinity Hall, Spotlight Theater, Wadsworth Atheneum, The Bushnell, Old State House, and the State Capitol Building. The Connecticut Science Center, an interactive educational science museum for adults and children, is adjacent to the hotel. To book a reservation, or for more information, please call 860-249-8000 or visit the website at www.hartfordmarriott.com.