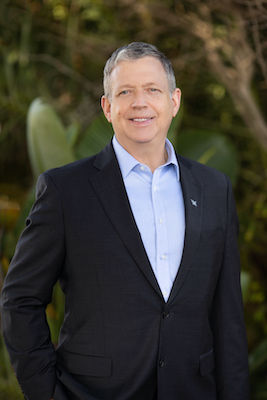 George Munz, General Manager
A luxury hospitality veteran with a wealth of experience, Munz joins Waldorf Astoria Monarch Beach Resort & Club following 30 years with The Ritz-Carlton brand, where he served as general manager at some of the brand’s top resorts and hotels across the United States. Most recently, Munz served as general manager at The Ritz-Carlton Washington, D.C. for five years where he repositioned the hotel through a $12 million, two-year room and facilities renovation project, maintained a Five-Diamond rating and hosted presidents, royalty and global leaders at the property. Prior to his role in D.C., Munz served as general manager at The Ritz-Carlton’s Half Moon Bay in California and Ritz-Carlton, Phoenix. Munz also held roles as a director of sales and marketing and as a hotel manager at The Ritz-Carlton, Laguna Niguel, also in Orange County. At Waldorf Astoria Monarch Beach Resort & Club, Munz will oversee all aspects of operations in his role as general manager, from day-to-day staff and guest management to serving as an ambassador for the resort and brand leading a team of over 550. Munz holds a bachelor of arts degree in Hotel and Restaurant Administration from Florida State University.  He has always been an active member of the communities in which he has worked, serving numerous charitable organizations and most recently serving on the Board of Directors of D.C. Central Kitchen in our nation’s capital. 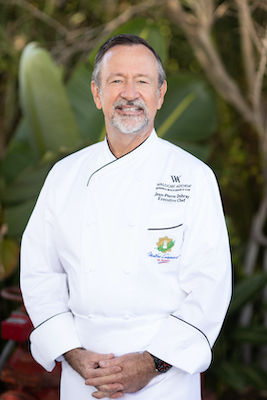 Jean-Pierre Dubray, Executive Chef
Originally from France, Chef Dubray arrived in the United States in 1980 to pursue his passion in the food and beverage industry. With over 40 years of culinary experience, Dubray most recently served as executive chef at The Resort at Pelican Hill in Newport Beach, supporting their opening in 2008. During his 12 years at the resort, Dubray developed and executed concepts for the property’s dining outlets and shaped the vision for culinary standards at the Forbes 5-Star rated property. Prior to his role at The Resort at Pelican Hill, Dubray held positions at various Ritz-Carlton hotels for over 20 years, including executive chef at both The Ritz-Carlton, San Francisco and The Ritz-Carlton, Rancho Mirage in addition to executive sous chef at The Ritz-Carlton, Laguna Niguel. Dubray has been a guest chef for a James Beard Foundation event in San Francisco and various charitable events for the March of Dimes and Meals On Wheels. In 2002, the award-winning chef was named “Outstanding Chef of the Year” by Marin County Branch of the International Wine and Food Society, received the prestigious award of  “Le Merite Agricole” by the French Minister of Agriculture and was inducted “ Maître Cuisinier de France” Master Chef of France in 2019. 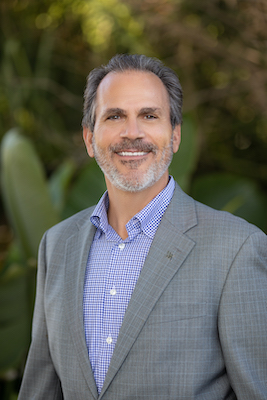 Pat Rizco, Director of Property Operations
With over 30 years of experience at prestigious Southern California resorts, Rizco joins the Waldorf Astoria Monarch Beach Resort & Club team as director of property operations. Mostly recently, Rizco served as director of engineering at The Resort at Pelican Hill, where he oversaw all maintenance, equipment replacement and renovations on property. Prior to that, Rizco also held director of engineering roles at Paradise Point Resort & Spa in San Diego and The Ritz-Carlton, Laguna Niguel in Orange County.

Ohana Real Estate Investors is a vertically integrated investment firm focused exclusively on the luxury hospitality space. Founded in 2009, the firm invests in debt and equity via commingled fund vehicles and separate accounts; it has invested in excess of $1.5 billion since inception. In addition to Monarch Beach Resort, which Ohana purchased in November 2019, the firm owns a collection of properties in some of the most sought-after locations in North America. Its portfolio includes Maravilla Los Cabos, Twin Dolphin Club, and Montage Hotels & Resorts in Deer Valley, Healdsburg, and Los Cabos. For more information, please visit www.ohanare.com.

Waldorf Astoria Hotels & Resorts is a portfolio of more than 30 iconic properties that creates a unique sense of place with a relentless commitment to personal service and culinary expertise in landmark locations around the world. Unified by their inspirational environments and True Waldorf Service, Waldorf Astoria hotels deliver graceful service from the moment a guest books through checkout. In addition to the brand’s renowned hotel offerings, Waldorf Astoria boasts a best-in-class residential portfolio, including 17 properties either open or in development, that provide the comfort of a private home combined with the unsurpassed amenities and legendary service of Waldorf Astoria. Waldorf Astoria is a part of Hilton, a leading global hospitality company. Experience Waldorf Astoria by booking at www.waldorfastoria.com. Learn about the brand by visiting newsroom.hilton.com/waldorfastoria.

Hilton (NYSE: HLT) is a leading global hospitality company with a portfolio of 18 world-class brands comprising more than 6,300 properties with nearly one million rooms, in 118 countries and territories. Dedicated to fulfilling its mission to be the world’s most hospitable company, Hilton has welcomed more than 3 billion guests in its more than 100-year history, earned a top spot on the 2020 World’s Best Workplaces list, and was named the 2019 Global Industry Leader on the Dow Jones Sustainability Indices. In 2020, Hilton CleanStay was introduced, bringing an industry-defining standard of cleanliness and disinfection to hotels worldwide. Through the award-winning guest loyalty program Hilton Honors, the more than 110 million members who book directly with Hilton can earn Points for hotel stays and experiences money can’t buy, plus enjoy instant benefits, including contactless check-in with room selection, Digital Key, and Connected Room. Visit newsroom.hilton.com for more information.