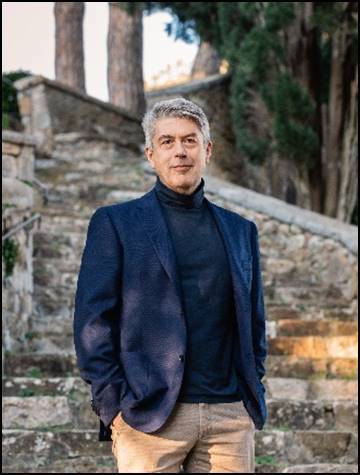 Lake Como, Italy – February 14, 2022 – Starting in April 2022, Davide Bertilaccio, will be the CEO for Villa d’Este Hotels. Mr. Bertilaccio will oversee the group’s four properties including: The iconic 5-star Hotel Villa d’Este on Lake Como, the newly refurbished 5-star Villa La Massa in Florence on the banks of the Arno river, and the two 4-star hotels in Como downtown, Palace Hotel and Hotel Barchetta Excelsior.

For over three decades, Mr. Bertilaccio has dedicated his career to the luxury hospitality industry. His illustrious career has included leadership roles at Rosewood Hotels, Four Seasons Hotels, and Rocco Forte Hotels, among others.

Prior to joining Villa d’Este Hotels, Mr. Bertilaccio was the Regional Vice President and Managing Director of Rosewood Castiglion del Bosco (Montalcino, Italy). He also served as Area General Manager of FRHI Hotels & Resorts, overseeing the company’s three Kenyan properties, including the Fairmont Norfolk Hotel in Nairobi where he was also General Manager.

Mr. Bertilaccio holds a degree in Tourism & Hospitality from the Travel Institute A. Volta in Udine, Italy, which he later integrated with training and certification from the School of Hotel Administration at Cornell University in New York.