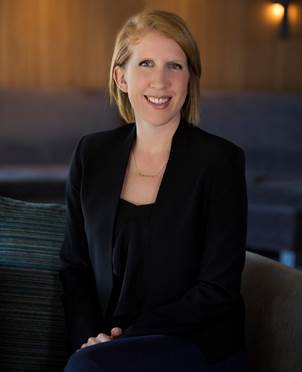 SAN FRANCISCO (April 2018) – Viceroy Hotel Group is pleased to announce Ashley Gochnauer as the new General Manager of Hotel Zelos San Francisco. A seasoned hospitality professional with more than a decade of experience, Ashley is dedicated to the continued growth and success of Hotel Zelos and Dirty Habit.

“Ashley is a welcome addition to the Hotel Zelos team,” said Mike Walsh, Senior Vice President of Hotel Operations at Viceroy. “Ashley brings with her impressive hospitality experience culled from world-class properties, as well as proven leadership skills that will enable her to take Hotel Zelos to new heights. We look forward to seeing her amplify the guest experience, ensuring Hotel Zelos is among the very best contemporary boutique hotels in San Francisco.”

Ashley’s new role brings her full circle with Viceroy Hotel Group, where she previously worked as Director of Guest Services at Viceroy Santa Monica. Over the past few years, she has held leadership positions at notable properties including The London West Hollywood in Beverly Hills, W New York, and most recently, at the Kimpton Everly Hotel Hollywood as the opening General Manager, where she helped the property earn a coveted #1 ranking on TripAdvisor. Additionally, Ashley dedicated more than six years working with Kimpton Hotels and Restaurants at both the Kimpton Palomar Beverly Hills and Kimpton Hotel Wilshire.

“It is so exciting to be working for Viceroy Hotel Group again – I am constantly impressed by the company’s unique vision and approach to the art of hospitality,” said Ashley. “I especially look forward to working with the stellar team at Hotel Zelos to build upon the property’s already outstanding accomplishments in San Francisco’s vibrant SoMa district. Having grown up in Berkeley, it is the best feeling to return to the Bay Area where I can be closer to family… and of course explore the City’s unbeatable food scene!”

Viceroy Hotel Group inspires travelers with one-of-a-kind authentic lifestyle experiences that bring together provocative design and intuitive service in sought-after locations. A leader in modern luxury, Viceroy’s vibe-led hospitality is guided by the brand promise “Remember to Live,” an affirmation to create lifelong memories for each and every guest. Viceroy destinations are segmented into three distinct portfolio tiers to help travelers find exactly the kind of experience they’re looking for. The Viceroy Icon Collection properties include epic hotels and resorts in Chicago, Dubai, Abu Dhabi, Beverly Hills, Riviera Maya, Snowmass, and St. Lucia, with forthcoming openings in Algarve, Buenos Aires, Los Cabos, Panama, and Vietnam. The Viceroy Lifestyle Series hotels and resorts are found in attitude-led destinations including New York and Santa Monica, with a forthcoming opening in Serbia. The Urban Retreat Collection properties in San Francisco have an independent spirit and bold, eccentric personalities. Viceroy Hotel Group is a member of the Global Hotel Alliance (GHA) DISCOVERY, a unique loyalty program offering exclusive benefits and experiences to its members at over 550 hotels around the world. For more information, visit www.viceroyhotelsandresorts.com. Follow Viceroy Hotel Group at facebook.com/viceroyhotelgroup and on Instagram and Twitter @viceroyhotels.