Vaccine Tourism: Should the Hospitality Industry Acknowledge this Trend?

Home/Vaccine Tourism: Should the Hospitality Industry Acknowledge this Trend?

Vaccine Tourism: Should the Hospitality Industry Acknowledge this Trend? 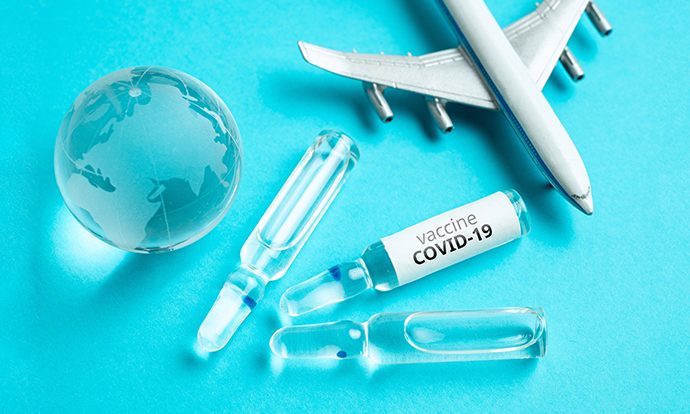 The world is shifting into a recovery stage from the pandemic that has resulted in a loss of millions of lives and impacted many businesses. The emergence of several vaccines around the world is a critical tool to battle against COVID-19 [1]. Currently, eight COVID-19 vaccines are finalized or in-progress according to the World Health Organization, including Pfizer-BioNTech, AstraZeneca-Oxford and Sinopharm, which are being administered to the people of certain countries [2]. However, there are specific protocols to follow concerning eligibility to receive the vaccine. There are priority groups such as senior citizens, people with chronic diseases and determinations, and front-line workers. The priority is given to these groups as they are considered more at risk of infection than others [3].

The vaccine is being administered at a slower pace due to manufacturing constraints. With the manufacturing challenges and the establishment of priority to particular sectors of the population, a fortunate group of people worldwide are “traveling” and jumping the queue to get vaccinated [4].

What Is Vaccine Tourism?

Yes, it is what you thought! The literal meaning of “vaccine tourism” is the act of traveling from one country or state to another to get a vaccine that is not available in your home country or state, or where the queue for the vaccine is long [5]. Bloomberg reported that Americans are hitting the road again, but they are not travelling to Disney World. They are going on a quest to get their vaccinations in other states [6].

However, this is not considered a whole new concept for the health industry. Medical tourism is a large component of the tourism industry. In 2017 alone, 19 million people traveled worldwide to seek medical treatments in different sectors (i.e., surgeries and cosmetic procedures). In 2018, the global medical tourism market was valued at $16,761 million and growing[7]. The vaccine may shake the medical tourism market now more than ever, as the elite few seek to jump the line to receive their vaccination by traveling[8].

This concept has commenced, emerging from an Indian tourism agency that claims its creation. The agency is offering Indians (with a valid American visa) a round trip package of four days, from Bombay to New York, with a cost of $2,000 to get their Pfizer-BioNTech vaccine. Travelers will also be offered a small tour before returning to India. Some even choose to stay 3-12 weeks to get their second injection instead of making double trips[9].

Americans are crossing state lines to get vaccinated. Some have also reported that people are coming from neighboring counties, such as Venezuela and Mexico, to get their injections. However, Florida has experienced one of the most popular drives for vaccine tourism due to the state’s initial “open policy”. As many as 50,000 vaccines were administered to out-of-state recipients[10].

The United Arab Emirates, known for its “luxury tourism, ” offers its Sinopharm vaccine to the “elite few”. It is a partnership between an elite club from the United Kingdom and the United Arab Emirates to bring tourism into the area. The club charges a £25,000 yearly membership fee and, as part of its package, will fly its 65+ aged members to the Emirate to receive their Sinopharm vaccine in “style and luxury”[11].

These are prominent examples of the vaccine tourism concept being applied in certain countries, which is also a drive to increase tourism.

COVID-19 tourism raises some serious ethical and legal issues that question the concept’s existence. Vaccine tourism is considered medical tourism but not in the context of a global pandemic. People are not opting for cosmetic surgery here; the vaccine is needed by the adult population worldwide [12]. This will intensify socioeconomic inequalities by allowing the privileged to gain access to “life-saving” vaccines ahead of priority groups and the world population. Vaccine tourism could disrupt the supply and demand of the vaccine, eventually leading to distribution challenges.

Interestingly, a CEO of Canada’s largest pension fund has resigned for receiving the vaccine ahead of millions of Canadians and criticized for jumping the queue. Apparently, he has traveled to Dubai to receive the Pfizer-BioNTech vaccine [13].

Hassan Al Sayegh is a research scholar with the HFTP Middle East Research Center and student at the Emirates Academy of Hospitality Management in Dubai, UAE.