Twenty-eight U.S. Travel members were honored for excellence and creative accomplishment in destination marketing, and inspiring the continued development of imaginative promotional programs.

Mercury and Destiny Awards The Destiny Awards recognize excellence in destination marketing on the local and regional level, while the Mercury Awards recognize this accomplishment on the state level. A judging panel of industry leaders from companies including National Geographic, Fathom, Ogilvy Public Relations, McGarryBowen, Facebook and Google selected a total of 26 winners for these two award categories.

Winners of the Mercury and Destiny awards are available online.

State Tourism Director of the Year The National Council of State Tourism Directors (NCSTD) selected Vicki Varela of the Utah Office of Tourism, Film and Global Branding as 2016's State Tourism Director of the Year. This annual award recognizes a state tourism director who has successfully raised the profile of his or her state as a travel and tourism destination. Each year's winner is selected by a panel of their peers; prior to ESTO, state tourism directors from all U.S. states and territories vote for the individual exhibiting the most impressive achievements in destination marketing.

DMO Rising Star The Destinations Council named Carla Fiorita of the Greater Houston Convention & Visitors Bureau as the 2016 DMO Rising Star of the Year. This award recognizes the achievement of an individual who has worked for a destination marketing organization for three years or less, but already made significant contributions to the travel and tourism industry. 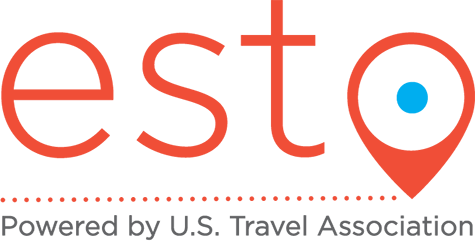 ESTO is the premier national forum for destination marketing professionals from local, state and regional levels to share ideas and expertise. ESTO is unique in that it is created by and exclusively for this specific target audience, providing an opportunity for destination professionals to learn about new tools and techniques, share best practices, and debate pressing issues affecting destinations in a non-sales environment.

The U.S. Travel Association is the national, non-profit organization representing all components of the travel industry that generates $2.1 trillion in economic output and supports 15 million jobs. U.S. Travel's mission is to increase travel to and within the United States.
Visit www.ustravel.org.