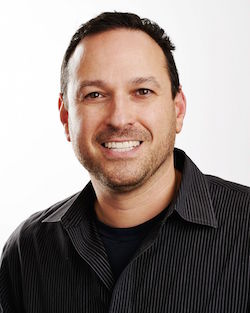 Most recently, Lazar was the Executive Vice President of Corporate Development at Craftsy, which Comcast NBC Universal acquired in May 2017. During his four-year tenure in this role, he built and managed over 100 partnerships with some of the world’s leading brands, publishers and retailers, including Walmart, Lowe’s, Meredith Corporation, King Arthur Flour, MasterChef and more.

“Mitch is a trailblazer in the field of strategic partnerships and brings a successful track record leading teams through high-impact initiatives,” said Sherri Gilligan, Chief Marketing Officer for Two Roads Hospitality. “His vast range of experience managing groundbreaking brand alliances speaks to his integral role in redefining business across the hospitality field.”

With past experience in the media, digital marketing and technology sectors, Lazar previously served as the CEO of Taptu, a venture-backed mobile search and technology company in Cambridge, England. He served as Managing Director of Yahoo! Mobile in Europe, helping to build and expand the company’s search and advertising business to mobile operators. Lazar also spent 12 years at Turner Broadcasting as Vice President of Emerging Technologies, where he helped launch CNN on the web as a founder of CNN.com while extending CNN Mobile and Cartoon Network Mobile to wireless devices.

Lazar is a native of Miami and a graduate of the University of Missouri School of Journalism. 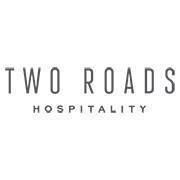 Created in September 2016, Two Roads Hospitality is an international lifestyle company encompassing an unrivaled collection of distinctive properties, passionate people, and remarkable experiences around the globe.  The company is named for the recently-merged Commune and Destination Hotels, bringing together over 40 years of combined expertise exclusively dedicated to the boutique and lifestyle space.  Comprised of Joie de Vivre Hotels, Thompson Hotels, Destination Hotels, tommie and Alila Hotels & Resorts, the company is the leading operator of independent hotels with more than 85 properties in seven countries and growing, also boasting an extensive roster of award-winning restaurants and bars, stunning vacation residences, world-class golf courses, and indigenous spa and wellness offerings.  For more information on Two Roads Hospitality, visit www.TwoRoadsHotels.com, follow us on Twitter @TwoRoadsHotels, or like us on Facebook.