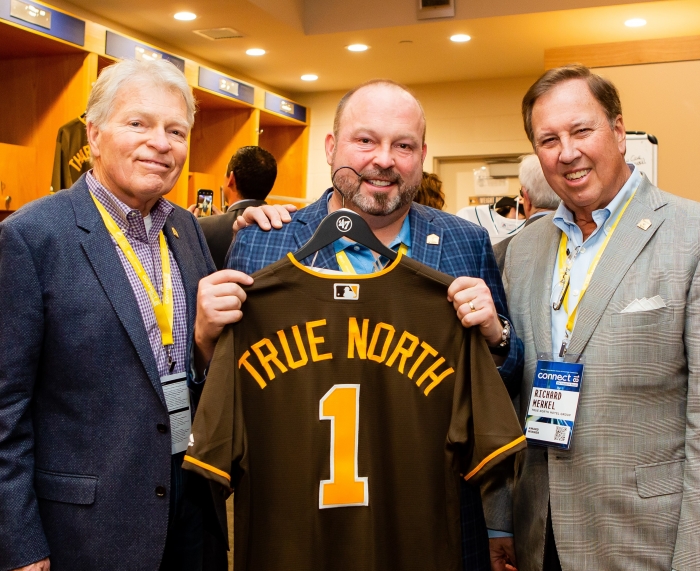 Citing the title changes as “a step in the evolving management posturing for the continuing growth of True North Hotel Group,” Chairman Lew Wiens noted that the team of three will continue to lead the company through its trend of broadening brands and wider distribution.

Chairman Lew Wiens entered the hotel industry in 1983 after working in real estate development and construction. Known as one of the early pioneers in extended stay, Lew Wiens’ extended stay roots, and his role in helping to shape the segment, go back to his service as president of the Residence Inn franchise group well before the brand was acquired by Marriott in 1989. His proud military service in Vietnam and the Naval Reserves continues to resonate through True North Hotel Group’s well-earned culture of character and integrity.

CEO Dick Merkel joined True North Hotel Group 22 years ago, bringing with him 21 years of solid operational acumen. He has served as board chair for convention and visitor bureaus and lodging associations, and holds a Lifetime Achievement Award from the Hotel & Lodging Association of Greater Kansas City. In 2019, he was appointed to the Kansas State University Olathe Advisory Board where he extends his strengths as a mentor and people-developer to students who are on the hospitality industry path.

President and Chief Development Officer Brad Wiens, with 22 years of operations management experience, grew up in the family business and then worked for other hotel companies before joining True North Hotel Group in 1998. Focusing on all aspects of development including everything from site identification to construction management and the interior design process, he eventually moved into the role of chief development officer for several years before this year adding “president” to his title.

“We always like to say that our work in the hospitality industry is always exciting and never done, thanks to the ongoing waves of generational changes in hotel design, market preferences and traveler demographics,” said CEO Dick Merkel. “Now, by more fully integrating the next generation into top leadership, it’s nice to prepare to pass the baton to those who can seamlessly fill the shoes of established operators.”

Added Brad Wiens, “With this change, so too is True North Hotel Group staying fresh, relevant, preferred and successful – and that’s what makes our future so exciting.”