True ADR is the Future of Revenue Management Metrics

Home/True ADR is the Future of Revenue Management Metrics

True ADR is the Future of Revenue Management Metrics

Like any highly complex, numbers-based discipline, there are many different evaluation metrics that could be used in revenue management. That being said, the most common metrics currently used by revenue managers to evaluate a property’s success in optimizing bookings and revenues are occupancy and/or ADR.

The problem with only using occupancy and ADR is that neither of these metrics show how much revenue your property is actually bringing in. That’s why at REVPAR GURU, we believe that neither occupancy nor ADR are effective enough metrics on their own to determine the success of a pricing strategy.

ADR (average daily rate) is calculated by dividing the total room revenue by the number of rooms sold. When using this metric, you are only calculating ADR based on the rooms that are sold so that is not an accurate indication of your average daily rate.

Instead, True ADR (or T-ADR) provides a much more accurate metric for evaluating revenue management activities, as it is calculated by dividing the total room revenue by the total number of rooms, not just the total number of occupied rooms. How is this more beneficial for hoteliers? True ADR provides a better understanding of how much revenue is coming in. Two hotels may have the same ADR, but if one is mostly empty, they aren’t earning as much revenue as the other property.

T-ADR offers a reliable baseline metric to evaluate a property’s performance against the competition and industry standards. The total number of rooms of any given hotel is a constant value that doesn’t change. As such, T-ADR is a value that is not debatable but provides hoteliers with a clear idea of how much money they are earning from their sold rooms.

So, will you be using this metric to evaluate your revenue management strategy? Let us know your thoughts by emailing us at [email protected]. 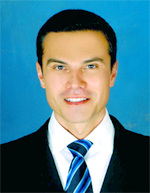 Jean Francois Mourier is CEO and Founder of REVPAR GURU, a company that provides hotels around the world with an alternative revenue management software system designed to deliver maximum bookings and profits. You can reach Jean Francois by calling 1.786.478.3500.