June 1, 2016 (Paso Robles, Calif) — The first and only luxury resort in Paso Robles Wine Country, the Allegretto Vineyard Resort, AllegrettoResort.com, is pleased to announce it has appointed Thomas Humphrey as its Food & Beverage Manager.

Humphrey will head the Allegretto’s envy-inducing wine and mixology programs. He will also work in tandem with Executive Chef Eric Olson as they expand the in-room dining program and gourmet catering, and ensure the resort’s restaurant, Cello Ristorante & Bar, continues to be the Central Coast’s top gourmet dining destination.

“What Allegretto executives, staff and Chef Eric have created is nothing short of amazing,” says Humphrey. “The Allegretto is officially one of the best luxury wine country destinations in the world. The long tradition of the Ayres family within the hospitality industry in a new and upcoming area of Central Coast it is a perfect match for me: A world class resort paired with world class wine. I am honored and proud to be a part of this family.”

A seasoned veteran of the luxury hospitality industry, Humphrey joins the Allegretto with more than 30 years of food and beverage experience. Most recently, he served as Beverage Manager at the Bacara Resort and Spa in Santa Barbara in California.

From 2002-2006, Humphrey led the culinary team at the Four Diamond rated Park 75 Restaurant at the Four Seasons Hotel Atlanta, where he served as Director of Restaurants.

Following his position with the Four Seasons Atlanta, Humphrey was Director of Restaurant Operations at Hotel Bel Air. Thomas served as Food and Beverage Manager at the Four Seasons Hotel Westlake Village in California, a property which he helped launch in 2006. Thomas also served as Food & Beverage Manager at Rosewood Inn of the Anasazi in Santa Fe, New Mexico, prior to coming back home to California.

About The Allegretto Vineyard Resort 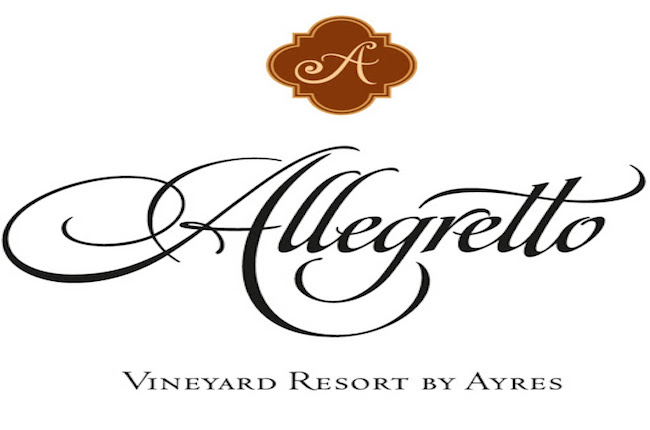 At the Allegretto Vineyard Resort, discoveries never end. Inspired by wine country and European hospitality, the Allegretto evokes an Italian vineyard estate on 20 acres of vineyards and fruit-bearing orchards on Paso Robles’ bucolic east side. The property is a world unto itself with 171 guest rooms and suites, locally inspired cuisine, wine bar featuring the resort’s own private wine label among many others, full-service spa, pool, manicured gardens, walking paths, French inspired Abbey, hundreds of antiques, art and artifacts, 12,000-square-foot courtyard and inspired vignettes to that invoke that luxury, warmth, and beauty of la bella vita. The Allegretto Vineyard Resort is located at 2700 Buena Vista Drive in Paso Robles, California, 93446. For more information, please visit AllegrettoResort.com, or call 805.369.2500.