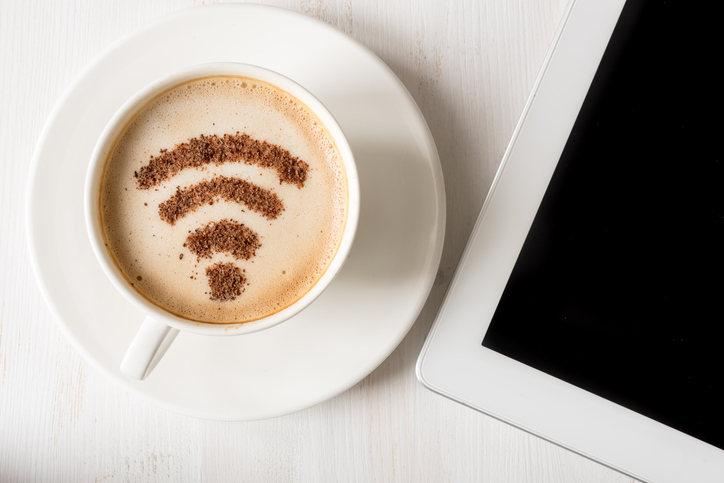 This is not about ‘free WiFi’ but by placing the first word last it turns the concept on its head. The proposed idea here may seem a bit counterintuitive because a primary responsibility of modern hotels is to provide for our guests, with internet access being a clear necessity like heating and running water.

However, those damn devices occupy so much of our time these days that they can affect covers and turns at a restaurant, particularly one that’s quite busy and looking for opportunities to maximize revenues without initiating a large-scale expansion.

Having free and available WiFi in a dining outlet is essentially inviting patrons to glue themselves to their screens instead of focusing on the meal at hand. This delays menu browsing which in turn affects how fast customers order as well as their appreciation for what’s ultimately selected. Moreover, because a device competes for attention with the server, it will unconsciously deter guests from understanding the full value of a menu item based off of the in-person conveyance of said dishes or drinks. This can result in such behaviors as no pre-meal cocktails or aperitifs, and fewer appetizers or desserts ordered, not to mention that such patrons will consume more time per table overall.

Given these deleterious outcomes, there’s a strong case to be made for purposefully not setting up an internet portal for paying customers, with some places even going so far as to strategically position their restaurants so it is out of range of the regular lobby WiFi range or in an area with weak 4G/LTE signal.

As concurrent trend taking place in downtown urban centers, many cafés (mainly independents) are banning laptops on their premises because the standard behavior here is to order a coffee then occupy a seat for well over an hour when that spot could instead rotate through several other paying customers who aren’t looking for a free offsite workspace.

To point out the contrary argument to all this, many restaurants intentionally offer ample WiFi because that’s part of the environment they are trying to create. Such outlets are typically borderline busy during peak and half-empty at every other time slot. In these cases, allowing patrons to take their time is perfectly acceptable because there’s no rush to accommodate another party.

As a more contemporary offshoot of the free WiFi debate in restaurants, many in this latter group of abundant free WiFi are now offering some means by which to facilitate charging. The more intensive method is to build plugs into the tables, while most are opting for the incremental solution of installing mobile charging stations — the incentive here being that some customers will choose a particular restaurant specifically because they can rest assured that they can charge their phones while they eat.

Still, too much focus on the mobile device will mean increased work from the staff who have to more frequently return to a table because its attention is not firmly on what is going to be ordered, along with the aforementioned reason of decreased average guest checks. There could also will be time spent by servers having to explain how to access the WiFi, passwords, etc.

So, how do you rationalize which route to go for your restaurant? It depends on what sort of atmosphere you are trying to create. If you’re aiming for that lackadaisical brunch-rolls-into-happy-hour vibe, give away all the bandwidth you want. If, however, you are hoping to foster a hot spot where reservations are a prized possession, my recommendation is to ditch the WiFi and discourage phone usage during mealtime altogether. Obviously, there is a lot more involved in crafting an eatery that’s both popular and prestigious, but this is one factor many restaurateurs don’t consider which can be relatively easy to solve.

This article may not be reproduced without the expressed permission of the author.
Editor’s note: To discuss business challenges or speaking engagements please contact Larry directly.

All This Tech Can Overload Your IT Teams
Rethinking Your Post-Pandemic Branding
Does Your Hotel Have Utility Players?
The Case Against QR Menus
Curator Hotel & Resort Collection Selects Silverware as a Preferred Provider of Point-of-Sale, Mobile Ordering, and Contactless Guest-Facing Digital Dining Solutions
Prepping for an Outstanding December ’21
Where Have All the Breadbaskets Gone?
Two Pizzas for Hotel Manager Meetings
Six Crazy Wellness Ideas for the Decade Ahead
Sense of Arrival Back at the Forefront
This Is Why You Should Simplify F&B for 2022
Solve the Current Labor Shortage With Automation
Make Supercommuters Work for Your Hotel
Charting a Course for 2022 With Tech
The Barfield Partners With HIS to Deliver Seamless Guest Connectivity
Rethinking Cybersecurity for the Rest of 2021
JW Marriott Camelback Inn Expands Clear Sky Software’s Inventory Solution to the Culinary Department
Hotel F&B Is Following Two Cs Post-Pandemic: Careful and Creative
Understanding Tech Is Key Heading Into Fall
The Herald of a Las Vegas Renaissance With Resorts World