You wouldn’t go 20 years in between cleaning or redecorating your guest rooms, so why are so many hotels stuck in the past when it comes to the software they use to run their operations?

Hotels have always been in the forefront when it comes to technology. A common hospitality saying is that hotels are 10 years ahead of restaurants when it comes to technology, but that hasn’t been true since 2010. Just look at the explosion of new technology for restaurants with dozens of new cloud based point of sales solutions, reservation applications, and event management solutions.

The great leap that has been made in recent years has been the conversion from traditional client server software to cloud-based web applications accessed through a browser from anywhere. Today, in almost every business sector you can think of, a big migration is underway — from productivity suites like Microsoft Office and dedicated older apps built for specific industries, to modern web apps that let business free themselves from the constraints of older legacy software.

Hotels should be making the upgrade to new web-based applications a priority, yet many remain wedded to the legacy software that, when it was installed 20 years ago, seemed shiny and offered efficiencies, but now is cumbersome and is costing hotels a lot of money.

Legacy hotel technology companies are trying to move their software online to stay relevant,, but dumping old software onto the web is a recipe for a Frankenstein-like experience — it’s a story that will not end well.

So why should hotels update their technology to new cloud based apps? There are many benefits.

Persisting with old software is a capital cost, with associated maintenance fees, servers needed to run it on, and IT staff to keep it running along despite its years.

At worst, it is a downright business risk. When software gets old, its developers no longer want to support it for customers. Microsoft stopped supporting versions of Windows 10 last year, after just two years in service, and many hotels run older versions than that. This leaves users stranded and adrift, at risk of hacking attacks and risking business continuity.

A web-based app is always available on any device, helps operators increase sales, streamlines the operation, and boosts productivity .

And the benefits are broader than that. If your customer data is locked away on the PC in the basement, it can’t be analyzed to transform customer marketing and communications. But a cloud-based database allows for business intelligence to play a role in all aspects of the hotels operation and sales.

By virtue of being online, cloud-based hotel management tools can also connect to the new wealth of IoT devices, allowing managers for example to see whether a light bulb in a guest’s room is out and needs replacing. Try doing that with Microsoft Excel.

Legacy software providers stumble into this new web-based future by putting Band-Aids on their software. Occasional patches, software upgrades, and feature additions has led to a messy and often confused approach. Forcing older software to work on the web or trying to piggyback on top of web-based platforms like Salesforce has resulted in the loss of features, buggy performance, and overall confusion for the end user. Patching up software like this is like fixing up an old banger of a car. If it has an engine, it may still get you down the road eventually — but it’s full of duct tape, and the journey won’t be easy.

That’s why I think hotel operators need to rip off the Band-Aid and start investing in new web-based technology that was built for the web.

It’s time for hotels to reach for the sky and get in the cloud. 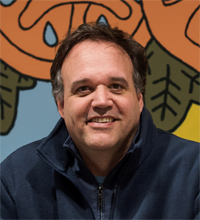 Jonathan is the CEO and founder of Tripleseat, a web application for restaurants, hotels and unique venues, chosen by more than 35,000 event managers and restaurant owners. Tripleseat helps these businesses increase their event bookings and streamlines the planning process. Morse has been involved in the restaurant and hotel business for more than 30 years, with roles ranging from a busboy at Abadessa’s in Hingham, Massachusetts, to line cook at Atlantic Cafe in Nantucket, to floor manager at Backbay Restaurant Group, to New England regional sales manager for Starwood Hotels. Before starting Tripleseat, Jonathan was a vice president of sales for a web startup that delivered business intelligence reporting to the restaurant industry.