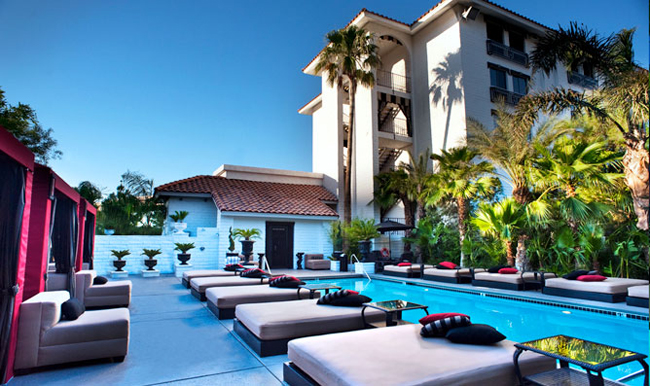 LAS VEGAS —February 25, 2017 — The Siegel Group Nevada, Inc., a real estate investment and management company founded by Stephen Siegel, announced today that it had completed the sale of the Rumor Boutique Hotel for $18 million. The buyer was an international investment group based out of China which paid the full listing price, which was over 70% higher than the price paid for the property – a testament to the Siegel Group’s ability to identify under-valued assets and utilize its hands-on management style and creativity to add substantial value to assets it acquires. The Rumor brand was not included as part of the sale and will remain owned by The Siegel Group Nevada Inc. The Siegel Group plans to relocate the brand soon to an alternate location in the Las Vegas market which has yet to be disclosed. The new owner will re-brand the property. Sun Commercial Real Estate’s Investment Services Group and Hospitality Division, with Cathy Jones and Josh Smith taking the lead, exclusively represented the marketing and sale of the hotel on behalf of The Siegel Group. Sun Commercial’s Chief Executive Officer Cathy Jones stated “The property offers a great opportunity for a buyer interested in stepping into a strategically located Las Vegas hotel property with consistently improving economics. The new internationally-based owners were selected as the winning buyer from multiple offers received.”

Located directly across Harmon Avenue from the Hard Rock Hotel & Casino, the 150-key hotel is atypical of the mega-resorts and nationally flagged hotels that dominate the Las Vegas market. The unique resort immediately captured the attention of Siegel Group founder and CEO Stephen Siegel who saw both the need and demand for small, chic and intimate boutique hotels similar to the resorts found throughout the California market. In 2008, during the early days of the recession, The Siegel Group succeeded in being the first to introduce the boutique hotel concept to the Las Vegas market which it quickly expanded to include Rumor, The Gold Spike Hotel and Casino, The Artisan, and The Resort on Mount Charleston.

The Siegel Group is actively looking to acquire value-added properties throughout the United States and is working closely with lenders and private parties to take over distressed assets. If you have a property you would like to submit for consideration, please email [email protected].

About The Siegel Group Nevada, Inc.

The Siegel Group, a real estate investment and management company founded by Stephen Siegel with offices located in Las Vegas, Nevada and Studio City, California, specializes in the acquisition, disposition and development of under-performing, value-added real estate and businesses with significant turn-around potential. The company’s extensive expertise in the areas of operations, management, finance, marketing, branding, leasing, renovation, design, entitlements, construction, and redevelopment enable The Siegel Group to elicit an operational turnaround on the assets it acquires.  These assets include a variety of businesses and a commercial real estate portfolio comprised of multi-residential apartment complexes, flexible-stay, boutique resorts, hotel-casinos, retail, office, restaurant, bars, and nightclubs. For more information on The Siegel Group and its affiliates, visit the Company’s website at www.siegelcompanies.com.