SARASOTA, Fla.  – The Sarasota Modern, A Tribute Portfolio Hotel, part of Marriott International, Inc., is pleased to announce the appointment of J. Christopher Ayala as its new director of culinary program. In this role, Ayala will be responsible for overseeing the hotel’s entire culinary operation, including Rudolph’s, in-room dining, and the catering and banquet offerings.

With more than a decade of high-level expertise, Ayala joins The Sarasota Modern from La Tienda Importing Company, where he served as executive chef. Known for his classic flavor combinations that are familiar and comforting, the Massachusetts-turned-Nashville native grew up cooking alongside his father in the kitchen at a young age. It was during this time he discovered his passion for food, while creating some of his fondest memories as a child.

Ayala solidified a deep appreciation for fresh ingredients and the culinary process during first job at Great Wolf Lodge in Williamsburg. Shortly after, Ayala completed his education at the prestigious Culinary Institute of America in Hyde Park, New York, where he was voted “Best Teen Hispanic Chef” by Mamiverse magazine. Gaining top-notch perspective, Chef Ayala further defined his culinary skills while working in fine dining at country clubs and small restaurants, with tenure as an executive sous chef in Nashville.During his leisure time, Chef Ayala enjoys spending quality time with his family, as well as experimenting with new ideas and techniques at his home kitchen.

Situated in the heart of downtown, within the epicenter of the urban ‘Rosemary District,’ The Sarasota Modern is an 89-room luxury boutique hotel that fuses captivating architecture with minimalist design and artistic flair, creating the ultimate space for the modern thinker. Inspired by European design and 1940s modernism in South Florida, the hotel blends indoor and outdoor living through seamless lines accessorized with two aqua pools, a hot tub and crisp white private cabanas, creating micro-paradises within a resort-style atmosphere. The premier backdrop of a vibrant social scene, the hotel features unconventional entertaining spaces, 10,000 square feet of meeting space, relaxing spa services and tantalizing flavor at Rudolph’s, a curated restaurant and downtown Sarasota’s new hot spot for fresh, local cuisine. The Sarasota Modern — where design, culture and play collide.

About The Sarasota Modern 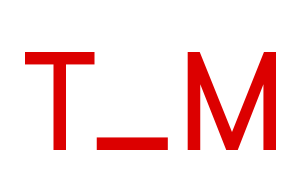 The Sarasota Modern - A Tribute Portfolio Hotel, part of Marriott International, Inc. - is set to debut in late 2018. Situated in the heart of downtown, within the epicenter of the urban ‘Rosemary District,’ this 89-room luxury boutique hotel fuses captivating architecture with minimalist design and artistic flair, creating the ultimate space for the modern thinker. Featuring two aqua pools, a hot tub, private cabanas, 10,000 square feet of meeting space, relaxing spa services and tantalizing flavor at Rudolph’s, a curated restaurant and downtown Sarasota’s new hot spot for fresh, local cuisine - the hotel acts as the premier backdrop for a vibrant social scene. For more information, visit www.thesarasotamodern.com.

Launched in April 2015, Tribute Portfolio is a collection of exceptional independent hotels around the globe. Tribute Portfolio allows owners to maintain their independent spirit, while benefiting from Marriott’s powerful distribution, loyalty and sales platforms. From boutique resorts to urban locales, guests can enjoy access to outstanding hotels with an indie spirit and access to Marriott International’s award-winning loyalty programs. For more information on Tribute Portfolio, please visit www.tributeportfolio.com. 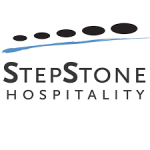 Rhode Island-based StepStone Hospitality specializes in management of boutique, full and select-service hotels and restaurants. The company provides a unique combination of strong, hands-on operations, strategic asset management and food and beverage expertise, while maintaining a balanced focus between revenue enhancement, margin expansion, and guest satisfaction. StepStone Hospitality currently manages a portfolio of 17 hotels including properties under the Marriott, Hilton, and InterContinental Hotel family of brands, as well as independent properties. Additional information about StepStone Hospitality portfolio is available at www.stepstonehospitality.com. 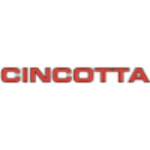