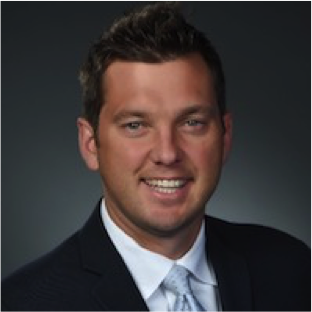 NEW YORK, NY – OCTOBER 08, 2019 – The executive team at The Redbury New York today announces the appointment of Garette Ziem as Director of Sales and Marketing. In this position, Ziem will oversee the property’s sales and marketing efforts and provide strategic direction designed to impact the hotel’s growth and development. Ziem will fuse decades of New York hotel experience with his personal passion for The Redbury New York, as he returns to the property from which his management career accelerated.

Ziem joins The Redbury New York with over 20 years of experience in the hospitality industry having worked with a range of boutique hotels. Prior to joining The Redbury New York, Ziem served as the Director of Sales and Marketing for Hotel Hendricks where he played an integral role in opening the luxury hotel located in the heart of Midtown Manhattan. Earlier in his career, Ziem was with Triumph Hotels overseeing the sales and marketing strategies for three of the brand’s properties including, The Iroquois, The Evelyn, and The Frederick. During his tenure with Triumph Hotels, each of the properties reached rankings in the top 75 hotels in NYC on Trip Advisor. Ziem’s new role marks his return to the property as he worked at the Martha Washington Hotel prior to its transition to The Rebury New York.

“I’m thrilled to be joining The Redbury New York team at this pivotal time. As we usher the hotel into a new era of sophistication, we will capitalize on our elevated amenities and services to appeal to discerning vacationers and business travelers alike,” said Garette Ziem. “Currently, the New York City hotel landscape is more competitive than ever. Our room renovations, new unveiled lobby lounge, and creative approach will be crucial to set us apart as we look to resonate with the community and modern travelers.”

The hiring of Garette Ziem marks an exciting time for the property as the hotel has unveiled plans for a grand redesign including a newly opened lobby lounge and plans for reimagined guestrooms slated for 2020. Spearheaded by Brooklyn-based design firm Home Studios, the renovations will pay homage to the building’s legendary legacy incorporating a century’s worth of style—an evolution that incorporates subtle visual and experiential elements that weave into the building’s meaningful history.

For more information on The Redbury New York visit https://redburynyc.com/ and follow along on

About The Redbury New York

The Redbury New York is centrally located in NYC’s NoMad neighborhood with 259 guest rooms and experiences that pay homage to its storied past, while providing a stylish, creative atmosphere for modern travelers and savvy locals. This fall, The Redbury will launch the first phase of its transformation, with the unveiling of the lobby lounge, which will serve as the energetic heart of the hotel where guests will sip on coffee or cocktails – depending on the hour and mood. The Redbury is home to three Danny Meyer’s Union Square Hospitality Group (USHG) culinary options: Marta, a Roman-inspired gathering place featuring rustic cooking techniques, Caffe Marchio, a traditional stand-up coffee bar serving pastries and coffee made from an exclusive single blend created by Joe Coffee, as well as Vini e Fritti, an aperitivo bar that celebrates the marriage of bubbles and crispy antipasti. With over 7,000 square feet of indoor and outdoor events spaces, the hotel is a favored location for meetings, events, and weddings. The Redbury has a legendary history as a bustling haven for progressive women from suffragists to celebrities of today – the building originally opened as The Women’s Hotel in 1903, the first hotel in New York exclusively for professional women. It was later rebranded as the Martha Washington Hotel before being unveiled as The Redbury New York in 2016. The Redbury is a member of the Preferred Hotels & Resorts Lifestyle collection and Historic Hotels of America.