Leesburg, VA, June 2017 – The National Conference Center is the first hospitality organization in Virginia to partner with a public school system and Didlake® to host Project Search. The program commenced last school year with The National and the Loudon Country Public School System and will continue into the 2017-2018 academic school year.

“This is an excellent program to help young adults transition from home and school to being in the real world,” says Emily Meyers, Didlake Employment Specialist. Project Search, which is funded by the Virginia Department for Aging and Rehabilitative Services, began in Virginia during the 2009-2010 academic school year. Since then, more than 700 students across the Commonwealth have gained valuable work experience and skills through their internships.

When Loudoun County Schools came to meet with Geoff Lawson, vice president and general manager at The National, along with his executive team, there was no question in his mind that this was a program he wanted to host at The National. “Our entire team at The National Conference Center and West Belmont Place was delighted to be involved with Project Search,” says Geoff Lawson. “We placed our nine interns in a variety of departments, including Culinary, Engineering, Housekeeping, Audio Visual, Grounds and Event Services.”

This program not only helped the interns, but The National Conference Center as well, as the staff showed compassion and mentoring skills to these young future hospitality professionals. The interns shared The National’s Pillar of Excellence service credo by adopting “the customer is our first priority.”

The National’s team took time to help the interns understand and grasp the market and the conference center’s customers as they look to become part of the next generation of meeting support professionals. The National Conference Center employs over 200 people and also works with the local Riverside High School in Loudoun County, training youth in all hospitality functions. Three of the nine Project Search participants have been offered jobs at The National in the Front of the House, Culinary and Events Departments.

Graduation for the nine interns, ages 18 to 22, took place in early June at The National. Family, teachers, friends and local school administrators joined in the celebration. To learn more about Project Search, check out this video – a visual explanation of the program.

About The National Conference Center 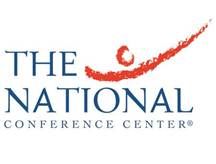 Located in Northern Virginia, 12 miles from Dulles International Airport and 35 miles from Washington, D.C., The National Conference Center is one of the largest and most comprehensive conference centers and training facility in the nation. With 917 guest rooms and over 265,000 square feet of meeting and group function space, including the West Belmont Place catering complex with its 16,552 square foot ballroom, The National has become the nation’s headquarters for productive meetings and West Belmont Place the hub for Loudoun County and surrounding area social functions and special events.  Visit us on Facebook & Twitter @TheNationalNoVa and LinkedIn.

West Belmont Place was named 2013 Best Venue by the International Special Events Society. The National Conference Center is also on the GSA schedule. The National is owned by NCC PS Enterprises LLC, a venture between PCCP, LLC and Stoneleigh Capital, LLC., which retained LaKota Hotels & Resorts to oversee all aspects of the day-to-day operations.  Visit us on Facebook & Instagram @WestBelmontPlace and Twitter @WestBelmontVA