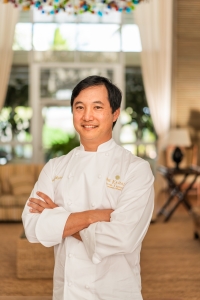 Mizukami brings over 20 years of experience working in renowned restaurants across the U.S. and internationally, including a 10-year stint as sous chef at Thomas Keller’s highly acclaimed Napa Valley restaurant, The French Laundry. He gained experience training at Spain’s 3-star Michelin restaurant, El Bulli; at Alinea in Chicago; Per Se in New York City; and in Restaurant Gordon Ramsay and The Fat Duck in England.

Upon returning to Hawaii in 2014, Chef Mizukami served as the executive chef of Vintage Cave and chef de cuisine at Chef Mavro’s in Honolulu before joining The Kahala.

“Jonathan brings a new level of culinary expertise to The Kahala with more than a decade developing his talents in Michelin-starred restaurants, learning from the most respected chefs of our generation,” said Joe Ibarra, general manager of The Kahala Hotel & Resort. “His passion for innovation and showcasing Hawaii’s finest local ingredients will allow us to elevate our culinary offerings and give our guests one of the finest dining experiences on the island.”

“I’m looking forward to being a part of the Kahala Resort with its reputation for excellence,” said Mizukami. “Over this next year, I’ll work closely with the teams to create new offerings that are respective of Hawaii and the Kahala legacy.”

Born and raised on Maui, Mizukami is a graduate of the University of Hawaii-Maui College, Culinary Academy in Culinary Arts and Baking. He began his culinary career working at the former Roy’s Nicolina on Maui and Alan Wong’s namesake restaurant in Honolulu.

About The Kahala Hotel & Resort 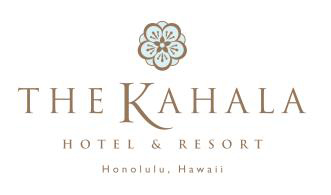 The legendary Kahala Hotel & Resort is an oceanfront, destination luxury property known for its gracious Hawaiian hospitality. Located just minutes from Waikīkī, The Kahala offers an exclusive ambiance of a neighbor island experience. The Kahala has been Honolulu's social address for weddings and gatherings since its opening in 1964. World leaders, royalty, rock bands and Oscar winners call the 338-room resort their Hawaiian home-away-from-home. The Kahala is a member of The Leading Hotels of the World and Preferred Hotels & Resorts. The resort is home to The Kahala Spa, lush tropical gardens and a natural ocean-water lagoon with the hotel’s own resident dolphins cared for by Dolphin Quest. The Kahala also has five restaurants: Plumeria Beach House, Seaside Grill, The Veranda, Arancino and the award-winning Hoku’s restaurant. Stay connected with The Kahala via www.kahalaresort.com, on Instagram at @kahala_resort or on Facebook at The Kahala Hotel & Resort and Twitter at @KahalaResort. Share your Kahala moment #AtTheKahala.