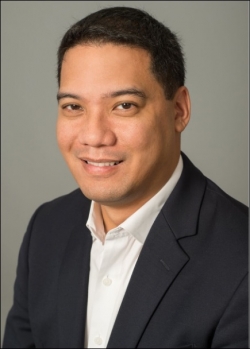 HONOLULU — The Kahala Hotel & Resort has promoted Joe Ibarra to general manager of the 338-room luxury resort on Oahu’s Kahala coast. In his new role, Ibarra will oversee the strategic direction, operations and financial performance of the iconic hotel.

Ibarra, who was most recently resort manager for The Kahala, joined the resort in 2014 as the director of front office and later served as director of rooms. Ibarra brings more than 15 years of hospitality experience to his role, serving in a number of key management positions including front office and event manager at the JW Marriott Ihilani Resort & Spa.

“Joe’s appointment comes as we celebrate the hotel’s 55th year of operation. We will look to him to uphold The Kahala’s long legacy of excellence and commitment to the residents and visitors we serve,” said Shigetoshi Ogino, President of Resorttrust Hawaii, owner of The Kahala Hotel & Resort. “His proven record and ability to lead with aloha will serve not only our guests, but also the Hawaii community.”

“I grew up on Oahu and spent my entire career in the hospitality industry, and have always looked to The Kahala as a special resort with many exceptional qualities. It is a great honor to take this next step with The Kahala,” said Ibarra. “I look forward to working with our outstanding team to share the gracious hospitality of Hawaii with the rest of the world and provide unforgettable guest experiences.”

Ibarra is a graduate of Kamehameha Schools Kapalama and holds a bachelor’s degree in East Asian studies from Princeton University in Princeton, New Jersey. He has received numerous honors throughout his hospitality career, including The Kahala Hotel & Resort Manager of the Year in 2015 and Hawaii Hotel & Lodging Association’s Manager of the Year honorable mention in 2013, 2014 and 2016.

About The Kahala Hotel & Resort

The legendary Kahala Hotel & Resort is an oceanfront, destination luxury property known for its gracious Hawaiian hospitality. Located just minutes from Waikīkī, The Kahala offers an exclusive ambiance of a neighbor island experience. The Kahala has been Honolulu's social address for weddings and gatherings since its opening in 1964. World leaders, royalty, rock bands and Oscar winners call the 338-room resort their Hawaiian home-away-from-home. The Kahala is a member of The Leading Hotels of the World and Preferred Hotels & Resorts. The resort is home to The Kahala Spa, lush tropical gardens and a natural ocean-water lagoon with the hotel’s own resident dolphins cared for by Dolphin Quest. The Kahala also has five restaurants: Plumeria Beach House, Seaside Grill, The Veranda, Arancino and the award-winning Hoku’s restaurant. Stay connected with The Kahala via www.kahalaresort.com, on Instagram at @kahala_resort or on Facebook at The Kahala Hotel & Resort and Twitter at @KahalaResort. Share your Kahala moment #AtTheKahala.