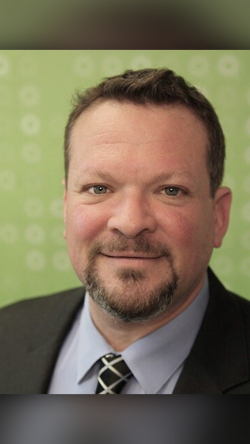 COLLEGE PARK, Md. (July 30, 2020) – The Hotel at the University of Maryland, a luxury hotel and conference center adjacent to the University of Maryland (UMD), is pleased to announce Russ Dlin as its new sales manager. Dlin joins the team with over two decades of experience and will spearhead The Hotel’s sports and special markets, as well as identify new business, arrange and conduct special events, site inspections and off-site presentations, and work closely with other hotel departments to facilitate services agreed upon by the sales office and potential clients.

“Russ’s impressive resume and experience make him an asset to our team,” said Linda Westgate, general manager of The Hotel at the University of Maryland. “We look forward to seeing what new ideas and initiatives he will bring to the table.”

With a focus on sports and special markets, Dlin will identify opportunities, formulate relationships, develop compelling proposals, and conduct in-person and virtual site tours with both professional and collegiate sports teams such as the National Football League (NFL) and the Big Ten Conference. He will also be responsible for managing any military, religious and fraternal related business for The Hotel.

Recognized by ESPN and CBS Sports for being one of the top TV sports statisticians in the country, and a three-time “Sales Manager of the Year” award winner for Marriott International in the Mid-Atlantic region, Dlin brings a diverse portfolio to The Hotel. Dlin began his career in sales as a national brokerage consultant in the financial sales service division of Aether Systems, Inc., where he served as the primary point-of-contact for external customers, and engaged high-profile clients including Morgan Stanley, Merrill Lynch, Charles Schwab and Bank of America in the World Trade Center. Following Aether Systems, Inc., Dlin was the outside area account executive at Marriott International in Bethesda, Md. During his time at Marriott, he not only was awarded “Sales Manager of the Year” three times, but he was a five-time Golden Circle award winner, a Site Tour award winner for the Mid-Atlantic region, and he was awarded Unsung Hero in 2009. After 13 years at Marriott International, Dlin ventured to Baltimore and served as the sales manager at Embassy Suites in the Inner Harbor. He most recently worked as the senior sales manager of sports and entertainment at LaQuinta Inn and Suites in Dallas and Parsippany, N.J. As senior sales manager, he delivered sales techniques to market and promote hotel services to the sports and entertainment industries, successfully achieving 112 percent of sales goals.

Dlin graduated from West Chester University with a Bachelor of Arts in speech communications.

About The Hotel at the University of Maryland