The Growing Value of Hotel Bars

The Growing Value of Hotel Bars 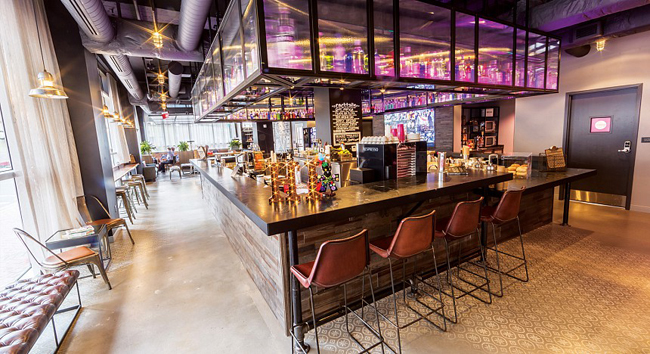 The days of sad, lonely, hidden-away hotel bars are long gone. Today, hotels are turning their bars into community watering holes, encouraging locals and guests alike to mix and mingle and providing a literal taste of the destination with local fare and libations.

With savvy design (and top mixologists behind the counter), midscale and upscale hotels alike are finding new ways to bring in foot traffic and increase revenue at the same time. It’s no surprise that when The World’s 50 Bars published its list for 2017, five of the top 10 were located in hotels, including the top four on the list.

Marriott’s new millennial-focused Moxy brand is a prime example of this trend: Rather than a traditional front desk, arriving guests get a complimentary drink at the bar, where they are encouraged to socialize before and after heading to their rooms. The brand’s development team has called Moxy “a bar with rooms upstairs,” and the hotels target young travelers who want to socialize over drinks rather than stay in their rooms. TripAdvisor reviews of Moxy hotels frequently mention the quirky and memorable bars, which is a good sign that they are catching the eye of the target demographic.

In 2016, the Hilton San Francisco Union Square spent $6 million of a $25-million renovation on updating the hotel’s 30,000-square-foot lobby. The lobby bar got a major overhaul as well, and according to Senior Marketing Manager Alex Lopez, the efforts have paid off.

“It’s a welcoming meeting spot,” Lopez said of the lobby bar after nearly two years of business. “It’s kind of a central hub in downtown San Francisco, a really energized spot where both locals and guests meet and greet.” The hotel’s popularity for meetings and events brings in plenty of foot traffic, and the bar’s services keeps guests from seeking food and drink elsewhere.

Hotel lobby bars are replicating what a lot of popular bars are doing, Lopez said, mentioning craft cocktail service that highlights local flavors and ingredients that are sourced from nearby vendors. Beyond the rotating cocktail menu, the lobby bar has a selection of regional wines and beers for a true taste of the destination.

At the Freehand Hotel in downtown L.A., Rudolph’s Bar & Tea takes the idea even further: the special cocktails all involve tea, catering to yet another trend. It also offers a traditional tea service as well as light bites for those who would prefer something a bit less intoxicating, which is a good way to bring in yet another demographic.

While lobby bars are broadening their appeal and attracting foot traffic, other hotel bars are emphasizing exclusivity. The growing trend of modern speakeasies has hit hotels, and hidden niches are turning into chic hotspots for those in the know.

In contrast to a lobby bar, a speakeasy should be kept out-of-view from the general public. According to David Shove-Brown, partner at Washington, DC-based design firm //3877, the best spaces are leftover niches, and they should remain under-designed rather than over-thought.

“If you look at the history of the speakeasy, it was a back-alley space with a collection of random furniture, and dimly lit,” Shove-Brown said. “Instead of over-lighting and over-designing, a speakeasy should be a simple design with some tables and interesting bar seats that create little nooks and niches.”

Benjamin Cooper, tucked inside the Hotel G in San Francisco, perfectly captures this understated style with an eclectic mix of turn-of-century ornateness and mid-century bric-a-brac. The menu has weekly cocktail specials and oysters that draws a loyal crowd.

The new W Bellevue, which opened over the summer in Washington State, has a speakeasy lounge with a decidedly Prohibition-era flair. Accessed behind a reclaimed wood staircase in the lounge, Civility & Unrest has plenty of curves and plush seating and a hidden room for real privacy. James Beard Award-winning chef Jason Wilson is behind the menu, which includes spirits from local craft distillers and regional microbrews.

Visitors to the Montage Beverly Hills, meanwhile, must ask a staff member to guide them through the kitchen and off-limits stairways and corridors in order to reach £10, a hidden space that specializes in single malt scotch. The room is decidedly upscale, with plenty of velvet and dark wood, and a patio that overlooks the garden outside. (No good trying to sneak in here: The entrance really is behind-the-scenes, and guests have to be escorted in.) In an interview with Locale Magazine, £10’s bartender estimated that only 10 percent or so of the bar’s guests come from the hotel. Most are locals who appreciate the swank ambiance and exclusive vibe.

There are no limits to what a creative hotelier can do with a bar. With a comfortable vibe and quality options behind the counter (and a careful eye on niches and trends), a great in-house bar can keep the guests from going out to spend their money elsewhere, and can bring the locals in to make the experience authentic and fun for everyone. 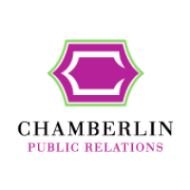 Launched in 2004, we are a San Francisco-based boutique PR agency that specializes in the promotion of worldwide hospitality and travel clients. We help luxury resorts, urban boutique hotels, modern inns, and popular travel destinations gain market share and brand awareness through strategic media exposure in their target markets.