A year or two after I graduated from college, I took a short vacation and went to Provincetown, Massachusetts, which I had heard was a gay destination (I was a late bloomer). On the first day there, I was riding my bicycle down Commercial Street when a guy on the sidewalk whistled at me and yelled out “Sexy legs!” At that moment, two things happened: First, I almost tumbled head over wheels into the car driving ahead of me; and, second, I knew the freedom and pleasure every straight high school kid who ever sat on a park bench in the afternoon sun kissing the boy or girl they were going steady with had felt. That feeling of “I don’t care who’s looking, this is a rite of spring, and if it bothers you, too bad” was available to me for the first time. Powerful stuff for a closeted young man who was fraternity president just a few years earlier. It was my first gay destination and in the early 1980s, I had found a comfort level, freedom and a sense of community I had never experienced.

As an analyst and observer of the hospitality industry, I often save articles and file them in folders in a library on my laptop. There are several items in my LGBT Travel folder that fit this article, and as it is now Gay Pride Month, they keep coming. Two of these articles stand out. First is a New York Times article from May 30, 2014 titled Finding Comfort and Safety as a Gay Traveler. The other is from the Advocate Magazine’s website dated Nov. 29, 2016, titled Have We Outgrown Gay Hotels? The New York Times article addresses the frustration of encountering homophobia while traveling, especially from employees of the hotels and restaurants we are patronizing. The article offered practical tips about how LGBT couples and individuals can have a greater chance of enjoying their vacation travels by doing some research. The author rightfully points out the varying perspectives held by the target audience: “Some people simply won’t go to places that are known to be homophobic. Others feel that they deserve to go wherever they want, and perhaps even feel empowered by refusing to stay away.”

The more recent Advocate article was prompted by the sale of Maui’s only “gay” hotel, which was converted to an adults-only hotel but not strictly LGBT. As the article states, “No one could decide if the closing of Maui’s only gay-specific hotel meant that the island was becoming less of a destination for queer travelers or if LGBT people had so successfully integrated into life on the island that queer spaces were no longer necessary. The hotel’s general manager added: “It seems LGBT couples are feeling more comfortable staying at mainstream resorts, adding that the Sunseeker Hotel’s longtime gay guests began to drift to other hotels when they returned to Maui. Recently, progressive heterosexual guests supplemented some of that lost revenue, but not enough to maintain that business model.”

And this is the gay travel paradox: As acceptance and comfort levels (which can still vary greatly with geography) grow between LGBT travelers and the communities they visit, is there a need, a desire, and a feasible business plan for LGBT-targeted and gay- or lesbian-exclusive hotels and destinations? Further, are the responses to this question generation-dependent? Have LGBT Millennials had a sufficiently different life experience than LGBT Baby Boomers such that the Boat Slip’s afternoon Tea Dance, a Provincetown institution, will one day go the way of the Ringling Brothers’ circus?

I conducted some non-scientific research during the recent Memorial Day weekend. On the Sunday afternoon of that weekend, I decided to go to the pool deck at my condominium building. The complex has 350 units and perhaps 50 to 75 units represent GLBT households. In the pool were about 15 young gay men in their 20s breaking all the rules: drinking in the pool, playing loud music, and generally acting like any group of 25-year-olds. I spoke with a few of them about this article, gave them a sense of the world I grew up in, and asked if they would share their thoughts about gay vs. mainstream travel habits. I was somewhat surprised to learn how well-traveled they were for such young men. They gave me examples of their experiences in Mexico, Singapore, Thailand, Europe and Argentina. They noted some “common sense” attitudes about gay hotels and gay-friendly destinations:

As mainstream hospitality providers increasingly target the GLBT market, Tambourine.com noted in a June 2, 2017, post that having an LGBT-friendly reputation is one of the top three factors gay or lesbian travelers consider when choosing a hotel. In a recent blog post of One Mile at A Time, the gay blogger, Lucky, points out a gay traveler’s pet peeve: That so many hotels default by assumption that the person you’re traveling with must be your wife/husband of the opposite sex. Below a photo of a welcome note addressed to Mr. and Mrs. Schlapping, he writes the following.

It appears that we may have reached a “tipping point” in many destinations where the demand for “gay-only” accommodations is not sufficient to support such businesses, especially from younger LGBT travelers. However, if we look at the L, G, B, and T separately, we can find different needs. A Boston Globe article from April 26 of this year examines the particular needs of the transgender community today, which resemble my generation’s experiences in the 1970s and 1980s.

“Lesbian, gay, bisexual, and transgender young adults are significantly more likely than their heterosexual and cisgender peers to harbor suicidal thoughts and behaviors, and to attempt suicide, often related to bullying. So this summer, Mitchell expects to find himself in Provincetown, of all places. He and a handful of other young adults are coming from Southern states to Ptown, long an LGBT mecca, to experience something they haven’t before: a welcoming work and social environment.”

Yet economics and social change are threatening the future of this and other “gay” destinations. From June 2017’s Vice Magazine:

“Now it's all changed. Like so many resort towns that were once refuges for outcasts, artists, and queers, Provincetown is expensive. It's too expensive for the young people; practically the only ones left on the beach are old folks like me, or lesbian and gay families with their kids, who started to appear somewhere in the late 1990s, putting a lid on the lasciviousness. No longer do the Smith College girls get jobs as servers for the summer, sharing a run-down house for Memorial Day (known as "baby dyke weekend"), roiled with romance and breakup drama. Now, the shops are staffed by Eastern Europeans here on J-1 visas—living God knows where—while the Smith girls take internships in career-track positions since, after all, they can flirt respectably anywhere now.”

The author, E. J. Graff, jokes about a “negative” side effect of social progress:

Today straight people don't mind coming down here, not just to gawk, but to vacation. Our beach has been invaded by oblivious tourists who seem not even to notice that we're there, who spread out vast towels on our (traditionally lesbian) beach with their equally clueless kids, trailing those Styrofoam-like beach noodles and blow-up toys, unafraid, ignoring us as if we were normal. … It’s the price of acceptance.”

We may have lost our haven, but now, everywhere else, it's OK to be gay. Maybe that's a decent trade.

As with many social changes, impacts and consequences are not limited to one industry or sector. This month, when most Gay Pride celebrations take place around the world, “old time” activists are lamenting the “corporatization” of the events. Thirty years ago, raising funds and organizing activities for GLBT awareness on any large scale were seedlings of ideas that grew on the coattails of feminism in the work place and race-based civil rights progress. The current friction and growing pains are well detailed in the 220 comments provoked by a June 8, 2017 article in the Washington Post by Justin William Moyer titled, Activists Say Capital Pride Overtaken by Corporations and Rich Gay Men. While such problems and paradoxes were unimaginable just a generation ago, many sectors of the economy, as well as individual business entities can be best prepared to capitalize on these changing trends by understanding their sources and more accurately forecasting their future direction. 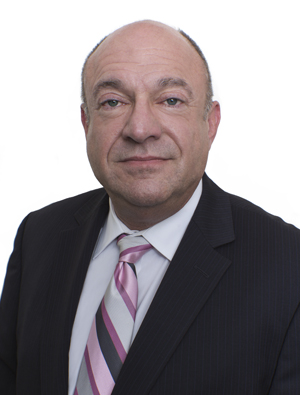 Andrew Cohan, MAI, is the Managing Director of the Horwath HTL office in Miami primarily serving Florida and the Caribbean Basin. A seasoned hospitality professional with extensive real estate, marketing and account management skills in North and Latin America, Andrew has consulted for leading branded management companies such as Canyon Ranch, Six Senses, Montage, Solage and Bulgari.  He has extensive experience with health and wellness resort properties and has performed numerous feasibility studies for planned resorts in the Caribbean and Central America. He especially enjoys working on greenfield projects, teaming with land planners to determine the optimal resort configuration in order to fit market demand with destination and site attributes.  As health and wellness have moved from the margins of the industry to become important components of mainstream hospitality projects, Andrew’s expertise has been in demand to conduct an increasing number of assignments for proposed resort properties, particularly as the industry recovery continues to strengthen in Central America, the Caribbean, Mexico and the “sunbelt states” in the United States.