The Future of Food: Transparency and Traceability Are Key

Home/The Future of Food: Transparency and Traceability Are Key

The Future of Food: Transparency and Traceability Are Key 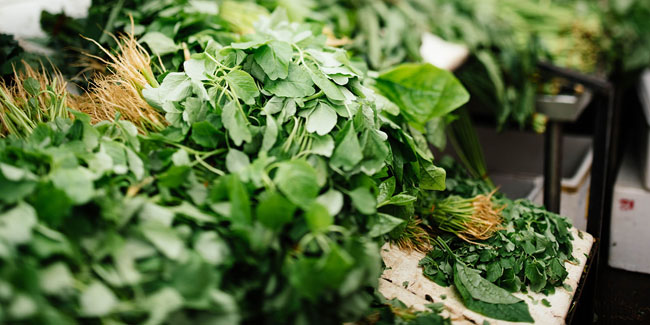 What are the main trends facing restaurateurs and the food industry currently, and where is gastronomy heading? Those are some of the questions posed during a panel session at the recent Window 2 the Future conference staged by Lausanne Hospitality Consulting at Ecole hôteliere de Lausanne.

The quality of produce remains ever-important but transparency – and traceability – is critical for consumers.

“People want to know what they eat, where it comes from, how it was made. And with what ethics it was made,” said panelist Peter Rebeiz, Chairman and CEO of Caviar House & Prunier.

I think today we’re more into ethics than taste. So in other words, ethics comes first, taste comes second, which is a vast difference to what it was 20 years ago.

He pointed out that in major cities such as London and Paris, some 40 million meals are consumed every day. “How can that be quality?” However, he added, people tend to trust brands. “As soon as there’s not a brand around they start to ask all sorts of questions about how was it made, why, where, so on and so forth.”

“Transparency is probably the name of the game. I also do believe that whether we’re retailers or restaurateurs, I think we have quite a responsibility towards consumers today, more so than 20 years ago.”

“Consumers are in the driving seat."

"That’s a big, big change. I really do believe that the food critic, such as we’ve known it in the last 20-30 years, is a dying species. I think that will disappear. They will be replaced by consumer (reviews).”

Last year, he said, his company provided some three million meals in total, of which 72,000 were shrimp cocktails. How do you source so many shrimps? “It’s not that easy. It’s very important that we, as providers, come up with the right products, with the right values.”

However, he said, food labeling remains a ‘difficult issue’, adding that consumers don’t understand terms such as ‘bio’ or ‘organic’ as they tend to be “overused or misused. That’s why it’s important to educate consumers.”

Food producers are largely responsible for labeling their products, but Philipp Mosimann, Managing Director of Mosimann’s London, wondered whether a ‘neutral entity’ would be able to “define what’s good and what’s not.”

As for the future of food, prices “will just start rocketing, especially in proteins.” Consumers may have to pay 100 pounds for a steak, he said, with the result that “they’ll have to change their diets.”

“We create the concepts, we educate the consumer. I think we’ve a vital part to play in that,” Mosimann said, highlighting a recent Commonwealth event, where meals were prepared for 900 guests with some 140 dietary requirements. “That tells you a bit about the consumer essentially and which way it’s heading.”

Food controls are getting stricter

“I see less molecular, I see (greater efforts) to understand traceability, almost classifying farms. Through a royal warrant, we have very strict controls on all the products, allergens, traceability. We’re quite blessed in the UK, a rich country with regard to produce, land, air, seasonality. For us it will continue to be more and more local.”

Michelin-restaurateur and Managing Director of Innovative Restaurant Concepts, Patrick Willis, highlighted the role of local farmers in France have – and will continue to have – in providing ‘incredible’ produce. “You spend more money as there’s a cost when you want to eat quality. There’s a cost when you want good products. So you have to spend a bit more. And you have to do your research. You have to know where (to buy the produce). It does cost you more to be healthy.”

Some supermarkets in the US such as Whole Foods are already selling ‘unbelievable products with taste,” he noted.

With prices of fish and meat set to soar, “there’s a big push from chefs for vegetarian choices."

“Running restaurants is an expensive proposal. If you play the Michelin game, you find out how expensive it is, (especially for two-star and three-star restaurants). Don’t expect to be a rich man. But what I see emerging are smaller restaurants that change their menus more often and do a good job.”

“It’s all about making it affordable, making it also so that the owners can survive. When I go to the market in southern France and I see what they want to charge for turbot or langoustines, and what you’d have to charge for that in a restaurant, you don’t see these items on a lot of menus. What you see is duck, chicken and côte de bœuf, so there are a lot of changes.”

Willis cited the example of a large restaurant in Paris which uses a central kitchen to produce ‘processed’ food which had resulted in the restaurant losing its local clientele, although tourists still flock there. “They did this so they could save money on kitchen staff and food, but it’s an inferior product. But it’s still very busy and very successful.”

In response, Catalin Cighi, Managing Partner of Cain Hospitality Innovation, wondered what the point was of a superior product if the consumer couldn’t tell the difference anyway.

“That’s a subject I constantly struggle with,” replied Willis. “When I was growing up, everybody knew what good food was about. All of that is changing. To have to educate people about what good food is going to be a lot of (hard) work. Because everything they think of as good is all processed.”

In the next 30 years there will another three billion people on the planet, he said. Water scarcity will be an issue, as will food shortages. Processed food will be the norm.

Where to invest in food?

At the end of the session, the four panelists were asked what they would invest in. Willis, true to form, said he’d invest in local farmers to make sure their products go to his restaurant. “I wouldn’t be looking to do a lot of covers, 50-60 people a night would make me very happy. Serving reasonable food but watching the faces of my customers happy, knowing they got value for money, knowing they had a great time and that they’ll come back. And that to me is the joy; making sure that people leave happy.”

Cighi somewhat cheekily suggested he’d put money into synthetic biology. (Willis responded by saying he’d need to be hypnotized to eat ‘fake’ meat as it would be ‘hard to swallow.’)

The most intriguing suggestion, however, perhaps came from Philipp Mosimann. He suggested that restaurant chains could produce ‘healthy fast food’ in the not-too-distant future: “Very soon, in the next 10-15 years, we’ll see the standardization of even very high-end levels of fine-dining cuisine, which will suddenly be able to be franchised en masse, with big corporations taking that on board.”

The ‘Window 2 the Future’ event, organized by Lausanne Hospitality Consulting, was held at EHL on 30 April 2018.